In: Overturning Certainties in Near Eastern Archaeology
Author: Çiğdem Maner

During the first campaign of the Konya Ereğli Survey Project (keyar)2 in 2013, c. 12 km north of the Bolkar Mountains, a site called Taştepe Obası just north of the village of Çayhan was surveyed. In between domestic houses and in the field of Taştepe Obası, four large stones with man-made small circular depressions were discovered. These rocks, known as multi-hollow anvils or multi-hollow mortars, are important indications that metal ores were dressed here. The proximity to the metal-rich Bolkar Mountains might indicate the presence of a metal workshop. Very similar multi-hollow anvils have been discovered in the vicinity of the Kestel mine, where they were used for ore dressing of cassiterite, the first stage in the preparation of the ore for the smelting process. This article will introduce the site of Taştepe Obası and consider it in the context of ancient metal workshops in the region and the mining activities in the Bolkar Mountains.

Overturning Certainties in Near Eastern Archaeology

A Festschrift in Honor of K. Aslıhan Yener 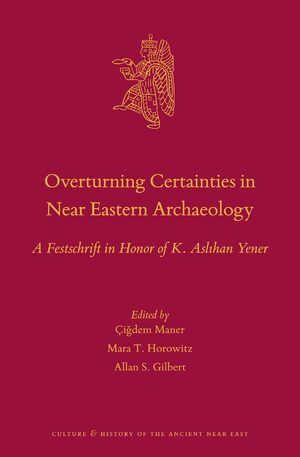