Resilience and Adaptive Capacity of Aquatic Environmental Law in the EU: An Evaluation and Comparison of the WFD, MSFD, and MSPD

In: The Ecosystem Approach in Ocean Planning and Governance
Authors: Niko Soininen and Froukje Maria Platjouw

This chapter focuses on the resilience and adaptive capacity of aquatic environmental law in the EU. Geographically, the analysis covers an ecological continuum from a river basin to the sea. The chapter begins by studying the linkages between resilience, adaptivity and the rule of law, and continues by seeking to systematise criteria for evaluating resilience and adaptive capacity of regulatory instruments. Three important EU directives are evaluated and compared in light of these criteria: the Water Framework Directive (WFD), the Marine Strategy Framework Directive (MSFD) and the Maritime Spatial Planning Directive (MSPD). All three directives have adopted what is commonly referred to as a programmatic approach. In a nutshell, this means that cyclical and evolving plans and programmes are used as primary tools for attaining environmental goals. This is in line with a widely-accepted view that one of the main mechanisms for achieving the ecosystem approach is adaptive management (and planning). The chapter argues that the three directives differ in the way they seek to fulfil the ecosystem approach, as well as in their degree of resilience and adaptive capacity. Procedurally the three directives share many common traits, but in terms of substance, enforceability and coherence the WFD is a more balanced mix of resilience and adaptive capacity than the MSFD and the MSPD, provided that the flexibility mechanisms set in the directive are not over- or underutilised.

The Ecosystem Approach in Ocean Planning and Governance

Perspectives from Europe and Beyond 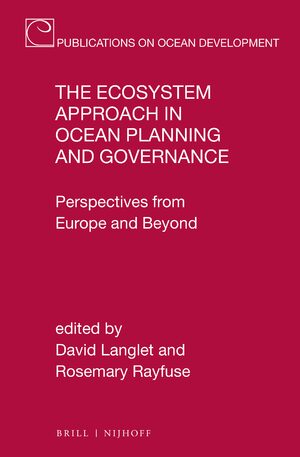