Conducting Syntactic Reconstruction of Languages with No Written Records

This article focuses on the methodology for syntactic reconstruction in languages without a written record from the past. The idea is to follow the principles of the Comparative Method, the scientific procedure to compare and reconstruct sounds and lexical items in various proto-languages. The method originally developed out of the comparison and reconstruction of classic languages in Indo-European languages, but has been successfully applied to Austronesian languages, where information about old forms of languages is hardly available from literature. The claim in this article is that there are ways to conduct syntactic reconstruction with languages without a written record. It is shown that, by using correct comparanda and by combining structural analyses with results of sound and lexical reconstruction, clause structures of such languages can be compared and reconstructed, and the developmental paths from one system to another can be traced. 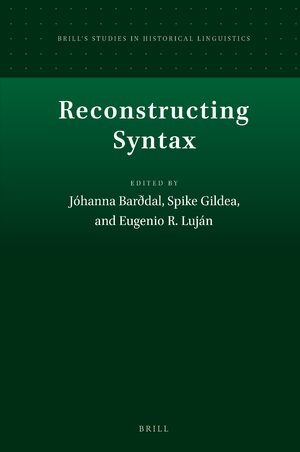