In: The Phoebe A. Hearst Expedition to Naga ed-Deir, Cemeteries N 2000 and N 2500
Author: Amandine Mérat

Excavations led between 1903 and 1905 by Arthur C. Mace in cemeteries N 2000 and N 2500 at Naga ed-Deir resulted in the discovery of thousands of burials, divided in Mace’s notes into two groups based on their dates. Amongst the so-called Coptic tombs—in opposition to the Egyptian (or Dynastic) tombs—approximately forty-four graves provided textiles, either garments, sackcloth or furnishing items, used or reused in the preparation of the dead for the afterlife.1 Although many of the artifacts from these cemeteries were shipped to the University of California, Berkeley, there is no indication that the Coptic textiles were sent there. They are only known today thanks to Mace’s manuscript, excavation notebooks, and a few pictures and drawings made at the time of discovery. Based on the sources listed above, this chapter aims to give an overview of the textiles discovered at Naga ed-Deir, their context of production, use and reuse, and excavation, as well as, where possible, an attempted identification of the items described by Mace and his team.

1 The Collection: Discovery and Sources

Excavation directed by Mace at Naga ed-Deir between 1903 and 1905 resulted in the discovery of hundreds of textiles. Those included in this study come from approximately forty-four tombs, recorded in excavation notebooks and Mace’s manuscript as “Copts,” in opposition to the dynastic burials identified as “Egyptians.”2

Approximately forty-nine individuals were found in these graves, mainly simple pits and a few reused Fifth–Twelfth Dynasty rock-cut tombs. The deceased were mostly buried on their own, except for three tombs where an adult was buried with one or two children and, in another tomb, where two children were buried together.3 Eighteen individuals could be identified as adult males, ten as adult females, ten as adult of undetermined gender, and eleven as children (babies and children up to ten years old).

Thanks to the exceptional discovery in a child’s grave of cemetery N 2000 of a coin minted in year three of the reign of Justinian (529 CE), the graves—and therefore, the textiles found in them—can be contextually dated to the mid-fifth to the sixth century CE. At the time, a period most commonly known today as Late Antiquity, Egypt had been a province of the Roman Empire since the defeat of Cleopatra VII against Octavius in 31 BCE, and was ruled from Constantinople since its scission in 395 CE.4

Amongst the Roman traditions adopted by Egyptians from the second century onwards, two can explain the increase in number and diversity of textiles found in burial contexts after that date. Indeed, while they progressively abandoned mummification to bury their dead in their daily clothes, head- and footwear, and wrapped into utilitarian or furnishing textiles reused as shrouds, Egyptians also adopted Roman fashion and its most common item of clothing for men, women, and children alike, the tunic.5

Mace’s description of the textiles discovered in the Late Antique burials varies from a simple listing to an intensive description supported by drawings and, in a few cases, pictures. He himself divided the finds into two main categories: the wrapping textiles and the shirts (or tunics), while he also recorded any headwear—such as hairnets or circlets—and textile accessories—such as a bag and a bandage—found on or near the deceased. Descriptions of the textiles were made by Mace and his team as the bodies were discovered and/or unwrapped.6 Therefore, they mostly follow the same model, starting with the outside layer of cloth used to wrap the dead to finishing with the inner one, in direct contact with the body.

Thanks to such consistency, and despite the textiles’ absence today and a slight difference between Mace’s and contemporary textile terminology, it was possible to identify most of the items Mace was looking at, but also to translate his words into today’s most commonly used terms, in order to get a better understanding and overview of the Late Antique textiles discovered in Cemeteries N 2000 and N 2500 at Naga ed-Deir in 1903–05.

Amongst the forty-four burials excavated by Mace and his team that preserved textiles, six were excluded from this study as cloths found in them were in too poor of a condition to be identified or studied, both in 1903–1905 and in 2019.7 The remaining thirty-eight tombs provided a total of more than sixty-five shirts, a hundred and ten wrapping cloths and nine remains of headgear, an attempted overview of which will be given here.8

Although not included in the following study, the discovery of these items also bear mention: a textile bag of red cloth, a bandage made from an old shirt, a textile folded into a bandage and tied around the waist of a small glass bottle, and also a few weaving tools (carding comb and spinning wheels) (Fig. 10.1).9

Bodies excavated by Mace were commonly buried with one to three tunics (called “shirts” by Mace), either worn by the deceased or covering the body. Sixty-five were identifiable in Mace’s notes and recorded in this study, presenting different techniques of production, weaving, and elements of decoration.

The deceased were most of the time buried with one, sometimes two, plain tunics in undyed linen and/or colored wool, and one or more decorated and more elaborated tunic.10 The latter category consists of T-shaped tunics in linen and/or wool, woven in plain weave and/or tapestry, in one or three pieces depending on their desired length.11 Neck-openings, when preserved, were mostly cut in a round shape on one or both sides.12 A child’s tunic also preserved a knot of cloth sewn as a button, probably to adjust the garment once put on, while the neck-opening of another child’s tunic was framed on each side by two small sort-of-braids in red wool, made by two lines of chain stitches embroidered at an angle.13

The tunics mostly have long sleeves, either woven at the same time as the body or sewn to it later.14 They were decorated with varied inwoven or applied ornaments located on the shoulders, wrists, knees, and bottom of the garment.15 Decoration usually consisted of tapestry and also white, blue, and/or red brocaded ribbons (identified by Mace as strips with geometrical patterns embroidered or sewn), separately woven and sewn around the opening, the wrists, and/or the bottom of the garment.16 Self-banding in the weft direction (called ridges or lines of thicker thread in the woof (weft) by Mace) and flying thread brocading (identified by Mace as needlework or embroidery sewn on or worked into the warp) were also found.17

According to Mace’s notes, over one hundred wrapping cloths were identified and recorded. The deceased were wrapped in up to six layers of textiles, separated by Mace into two categories: sackcloths and shawls (possibly utilitarian and furnishing items, respectively, reused as shrouds in funerary context).21

Textiles called sackcloths by Mace are simple, plain coarse textiles (possibly reused utilitarian textiles, such as ship sails, for example), sometimes fringed and decorated with bands of openwork near the ends.22

Items described by Mace as shawls are more varied and can be divided into three categories according to his descriptions. The first category comprises cloths, sometimes fringed or tasseled, of varying workmanship, woven in colored wool (yellow, red, green, etc.). Their decoration, located near the ends and at the corners of the cloths, consists of multicolor geometric patterns (lines, triangles, stars, etc., in white, black, red, etc.) made in brocade (or supplementary brocaded wefts, called embroidery, needlework, or sewn-in patterns by Mace).23

The second category comprises a group of cloths, often fringed, woven in plain weave or tapestry, and bearing a geometric decoration covering either the whole surface of the fabric or near its ends only, and made of inwoven lines in either or both directions.24

Finally, the third category is made of large pieces of textiles, also fringed in some cases, possibly woven in linen plain weave and/or woolen tapestry, with a decoration made of geometric, floral and vegetal (trees, flowers baskets, four-petaled flowers called rosette by Mace, heart-shaped flowers, leaf-shaped motifs), animal (quadrupeds or birds), and figural motifs, located at the corners and/or covering the whole surface of the fabric (Figures 10.2–3).25

Drawings made by Mace allow one to identify these textiles as possible furnishing textiles (such as covers or hangings), reused as shrouds in a funerary context.

Very few headgear, eight in total, were found on or close to the deceased in the tombs studied here. Amongst these, six were hairnets (called net cap or hood by Mace) in colored wool.26 Two were found in children’s burials and four in women’s graves.27 Two circlets were also excavated, one in a child’s burial, the other in a man’s grave.28 Both were made of palm tree leaves wound by red wool threads or fabrics.

Although the Coptic garments went missing during the twentieth century, Mace’s rigor in precisely and carefully recording any textile item discovered in N 2000 and N 2500, at a time where most archaeologists, in search of the most beautiful dynastic artifacts, were sending to Europe only the most colorful, cut-out elements of textiles with no or limited archaeological context, represents a precious and rare resource permitting one nonetheless to identify the finds excavated in 1903–05.

Dated to the mid-fifth to the sixth century, thanks to the exceptional discovery in the cemetery of a coin from year three of the reign of Justinian, the Naga ed-Deir textiles are representative of the textile production, fashion, and taste in Late Antique Egypt. Indeed, mostly woven in linen and wool plain weave, tapestry, or brocade, they consist of tunics, headgear, shawls, and furnishing items reused in a funerary context, richly decorated with bands, medallions, and varied patterns bearing geometric, vegetal, floral, animal, and figural motifs mostly inherited from classical imagery.

Called mummies by Mace, even if he himself added a note in his manuscript to mention that “The term ‘mummy’ is misleading, but there is no other word available for a wrapped-up burial.” The words dead, deceased, or bodies will be used in this publication instead of mummies.

For more information regarding the origin and meaning of the word “Copt,” see Rutschowscaya and Bénazeth (2000, 28).

For more information on clothing and furnishing textiles in the first millennium CE, see Mérat (2015).

If unwrapping mummies was a rule in the nineteenth-early twentieth centuries, this practice has been abandoned and is even forbidden in most countries where studies are being held and bodies preserved. For more information on the topic, see Taylor and Antoine (2014, 11–21).

Almost all of the burials also contained padding cloths. As they were most of the time only briefly mentioned by Mace, they could not be counted nor recorded with certainty here and were therefore left out of this study. They mostly consisted of old, plain shirts reused to cover the head or fill in areas such as the neck before the wrapping.

For an example of a tunic woven in one piece, see N 2001, drawing (iv), and Mace’s description: “Remains of linen shirt with embroidered rosettes round sleeves, reaching apparently to halfway between knee and ankle. 3 woven ridges down each breast and over shoulder [shoulder bands in tapestry, or clavi]. Sides of shirt and bottom of sleeves corded [possibly corded ending and starting borders of shirt]. Shirt made in 1 piece [T-shaped tunic woven in one piece, starting with one sleeve, then the body, and finishing with the second sleeve, before the shirt is folded and sewn on the sides, under the arms] […] Sleeves were sewn up to above elbow.” For an example of a tunic made of three pieces (i.e., two square pieces sewn at front and back to the upper T-shape part of the garment, thus creating a tuck there), see N 2009 (v) and N 2636 (ii). For the record, Mace mistakenly identified similar tunics as “made up of two pieces of cloth, a straight join coming at the waist” in N 2611 and N 2636. For more information on T-shape tunics, see Kwaspen (2019, 228–231), Kwaspen (2014), and Verhecken-Lammens (1992, 29–36). 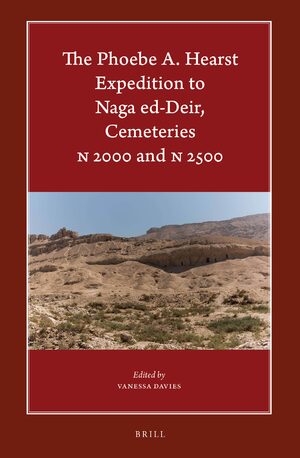