This essay examines spells and magical practices aimed at improving martial performance among early modern German men, many of which incorporated human relics from the gallows or consecrated communion wafers. Especially for men of marginal or subordinate social status, the very fact that such spells were considered blasphemous could increase their masculine prestige, representing a martial challenge that mocked fear of God or Satan. As magical belief declined after the Enlightenment, tales of magical weapons retained their masculine association as they moved into the world of fantasy and fiction.

War and Peace in the Early Modern German Lands 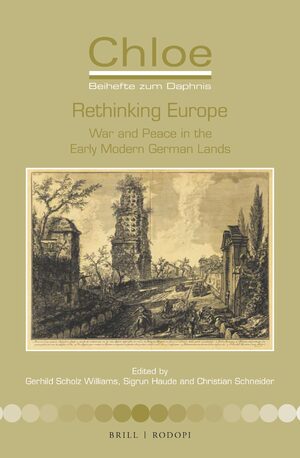