In: Muslims at the Margins of Europe
Author: Adil Hussain Khan

The development of Irish Muslim institutional frameworks, including the sudden proliferation of mosques, has been taking place with great urgency in recent years, enabling rivalries to develop among Irish Muslims who are struggling to distinguish themselves. This process has led to competition among Irish Muslim community leaders who are trying to gain recognition by attracting certain sections of the Muslim population in order to establish Muslim constituencies as a viable minority amongst the non-Muslim majority. This study scrutinises existing power structures within the Irish Muslim community. It also compares how different conceptions of authority have come to be legitimized by Irish Muslim community leaders in their efforts to establish unique ideological orientations while functioning as representatives of Irish Islam. This will be achieved by analysing the influences of authority on Irish Muslim community leadership and by identifying the key factors that impact power structures in Irish Islam, which, as we shall see, revolve largely around funding, internal religious recognition, and outsider public opinion. This study ultimately examines the nature of the relationship between religious power and religious truth by identifying how contested notions of Islamic authenticity are validated through different concepts of authority within contemporary Irish Islam. 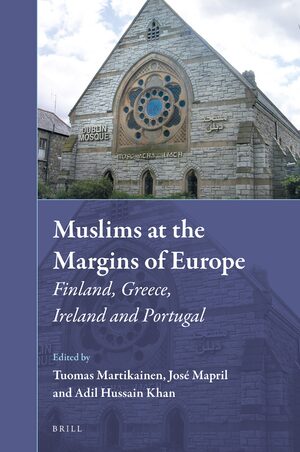