In: Hagiography and the History of Latin Christendom, 500–1500
Author: Albrecht Diem

This contribution makes suggestions for reading late antique and early medieval hagiographical texts “against the grain” by focusing on their internal structures, semantic repertoires, theological content, rhetorical strategies, reception history, réécriture and manuscript context, rather than focusing on the narrative itself and its historical veracity. On the basis of five examples (the Lives of Antony, Martin, the Jura Fathers, Pachomius and Gallus) the chapter elaborates on one way of using hagiographical texts: as narrated monastic rules and programs for monastic reform. Each example elucidates a different textual strategy to convey monastic ideals and guidelines for monastic life: by inserting prescriptive texts into narratives; by describing an exemplary monastic life; by describing conflicts and their resolution or by inscribing specific regulations of a monastic rule into the lives and deeds of a saint. Narrated monastic rules provide, as I argue, a complementary model for establishing monastic discipline: by imitation and example rather than norm, prescription and sanction.

Hagiography and the History of Latin Christendom, 500–1500 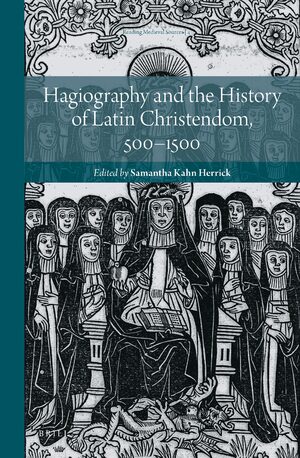