The authors of this volume are path-breakers; colleagues in a shared commitment to the creative, disciplined scholarship and relationship building that interreligious education requires. These scholars are grounded in their own academic disciplines, but are willing to be experimental; they are teachers who learn from each other, their students, and from religious communities—their own and others. The work of these authors supports the efforts of those who build bridges in order to understand another religious worldview, engage with the people who inhabit that worldview, and also welcome the light that journey shines on their own tradition and self-understanding.

The conversations between the authors of this book during their several face-to-face gatherings was as compelling as is the implicit conversation between them in this book. The reader will have noted that the authors’ work is in part shaped by the various facets of their complex identities and the nature of their own religious experiences. The authors share a sharp sense of just how quickly interreligious teaching and learning is changing in North America and how different in some respects it is now than it was just a few years ago.

The choice to engage with and explore religious difference is a choice to respond positively to the fact of religious pluralism and diversity. Over the last several decades the reality of the multi- religious nature of North America has slowly sunk in for many people, religious and secular. During these years, various religious communities, bolstered by immigration patterns that began changing in 1965, have sought and found or have begun to find effective ways to organize their religious communities and institutionalize their religious practices in North America. The impetus for this organizational work has in part come from the fact that they are facing the questions and challenges that pertain to the education of new generations of religious leaders in ways that make sense in the North American context.

The slow crumbling of Christian numerical hegemony in the United States over the last decades and the changes this has brought to Christian communities, institutions, finances and self-understanding has occurred during the same period in which religious institution building in communities of Hindus, Buddhists, Muslims and others across the country has gathered momentum.

These two dynamics taking place at the same time have together created or helped create a moment that is propitious for the actors on all sides to reach out to the other, to seek knowledge about, and cooperation with each other, to share educational resources, to befriend each other, to empathize with each other, and to join or form wider interreligious organizational structures that are open to all religious communities.

So for example, Christian seminaries and Jewish seminaries, long experienced in institutionalized religious education and training at the graduate level, have found that they have a lot to share with colleagues from other religious traditions, who have sought their experience and knowledge on topics such as accreditation, as they take their own initial steps to institutionalize. And, as the numbers of Christian and Jewish students enrolled in many schools and programs dip, some schools discover that they have property to share with groups from other religious traditions, or property to rent or sell to these new colleagues, thus helping others with space for graduate theological education in their own traditions, while also easing their own budgets. Programs too, such as the long-established Clinical Pastoral Education programs, which are required for accredited chaplaincy in the United States, have also begun to expand to include students from a wider range of faith traditions. And everyone involved has begun to learn just how much the preparation for religious leadership in one tradition has in common with many aspects of preparation for religious leadership in another.

The growing interreligious realities across the country, the partnerships and the appearance of new religious institutions serving different religious communities, interact with and form the backdrop to the creative and often experimental work being done in the classroom by authors and teachers such as those included in this volume. This is a rapidly changing and dynamic moment and is in many ways unstable and uneven. One cannot know the exact trajectory change will take, but one can be sure of two things. The first is that these teachers and writers are responding to religious life as it is being lived by increasing numbers of people in this country,1 and to the realities of the students who find their way into their classrooms and the religious communities they belong to, and which some of them will someday lead. The second thing one can be sure of is that the academic work represented here, rests on and contributes to an expanding interactive web of relationships and thought that carries within it key shared values. The practice of respectful, appreciative and critical reflection shared across religious lines helps lay the groundwork for the flourishing of religious communities whose identities include the values of solidarity, friendship and cooperation. These are values found in each tradition, and they are values that are shared between people across lines of religious difference as well as other kinds of difference.

These shared values and the individuals and communities that carry them and are nurtured by them are important sources of the creative energy that pervades the chapters in this book. The reader has, we trust, learned from these authors, but also has come to see him or herself as a participant in the common, hopeful, ongoing interreligious adventure of which these scholars are a part, and which is still unfolding in classrooms, communities and organizations across this land. 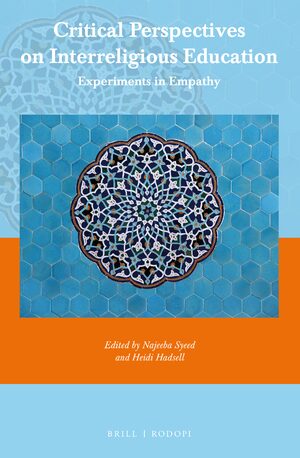