Columban Texts and Joyce’s “Book of Kills” (FW 482.33): The Limits of a Palaeographer’s View in Finnegans Wake

In: James Joyce and the Arts
Author: Anne Marie D’Arcy

Joyce regarded the Insular period – from the advent of Patrician Christianity to the Coming of the Normans – as a golden age during which the Irish exerted intellectual influence over Britain and across the Continent. This was due principally to the custom of peregrinatio (spiritual exile) in the manner of Colum Cille, a prince of the Uí Néill dynasty who would become Columba of Iona, founding a monastery on this remote island of the Inner Hebrides in 566 ad, according to the dating accepted in Joyce’s lifetime. Yet, Colum Cille’s spiritual exile was driven by a phosphorescent thirst for knowledge, an assured sense of his superiority in terms of intellect and ancestry, and the first copyright case in recorded history. These are just some of the parallels Joyce consciously fashions between his various personas in Finnegans Wake and Colum Cille. This chapter examines the Columban legacy in Finnegans Wake, especially the “calligraphy expertise” chapter, providing a codicological analysis of the letter unearthed by Biddy the Hen. This analysis is illuminated by Joyce’s engagement with the Book of Kells, traditionally attributed to Colum Cille, though this is a historical impossibility, but also examines his fascination with the first book ascribed to Colum Cille: the “Cathach battler” (vi.B.6.184; vi.C.3.47).

James Joyce and the Arts 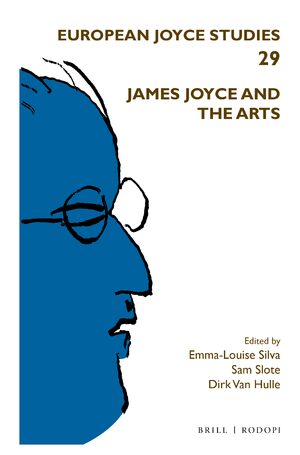