Chapter 10 Swiss-Swiss Democracy: the Making of Scandal as Play and Counter Play

The performance “Swiss-Swiss Democracy” caused such extraordinary sensation in Switzerland, that it imposes itself as an example of a modern scandal. Not only print and electronic media, but also the parliament and public debated for weeks about the exhibition, installation and performance by Bernese artist Thomas Hirschhorn at the Centre Culturel Suisse de Paris, which took place from December 4 to January 30 2005. For example: Swiss TV programme Kulturplatz reports weekly on important cultural events: “What really can be seen there, hardly anyone knows. We have visited the exhibition for you. This is our assessment.” The segment began as a walk through the exhibition, whose setting was explained as a “three-dimensional collage”. The rooms were wallpapered with newspaper clippings and statistics. “Quotes from philosophers cohere the content of the exhibition”. The artist was given the opportunity to comment on his work. He emphasized the openness of the exhibition, which was to be seen as a workshop where visitors were able to discuss with the team. Its aim was to “stimulate thoughts”. Each day, Hirschhorn produced a newspaper on current problems of democracy. The title story of the edition from the day before was the emotive issue Abu Ghraib, the torturing of Iraqi war prisoners by a democratic power. Hirschhorn stated that he connects issues that are not to be connected. While in Abu Ghraib there was not enough democracy, in Switzerland there was too much democracy. This called for an artist who connects the two.

Since political interference in the Swiss cultural sphere is highly unusual, this article gives an account of an exception. It makes use of a multilevel description, and this analysis remains as close as possible to the material and reflects chronologically how a person interested in culture in the German-speaking part of Switzerland experienced the event. In the course of the description, six phases of the scandal are distinguished. The case study serves to indicate that the general structure of scandals follows the dramaturgical alternation of play and counter play. Consequently, the question arises whether the case at hand not only endorses the right to artistic freedom, but also points out the freedom of assessment of artistic actions, which to date has been sparsely examined by art research and aesthetics. 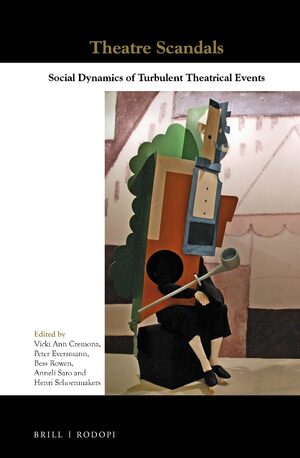