Guardianship of underage inheritors was an essential mechanism of property devolution in medieval Nordic societies. Minors poised to obtain heritable assets by rules of descent and distribution were subject to the control of caretakers, who protected and managed their property and distributed material nurturance from their capital until they reached majority. This article addresses the normative model of guardianship as presented in West-Nordic laws, those being the Grágás laws of Free-State Iceland and the Norwegian provincial codes of the Gulaþing and Frostaþing, as well as the consolidated legislation of the late-thirteenth century, including the Law of the Realm (1274) and Icelandic Jónsbók. Comparison between the Icelandic and Norwegian paradigms reveals that although they were in many respects related, nuances between them reflect differences in those societies’ customs for property devolution. Secondary comparison with other Nordic and Roman models also highlights both particularities and similarities between Norse and foreign laws of inheritance.

Nordic Inheritance Law through the Ages

Spaces of Action and Legal Strategies 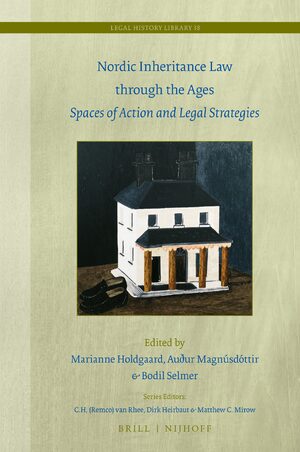