Chapter 6 The Protection of Foreign Investments in Disputed Maritime Areas

Investments by foreign companies in the maritime areas of coastal states other than their state of incorporation has become widespread – be it in oil and gas, other mineral resources such as gems or precious metals, off-shore wind energy, aquaculture or fisheries. International investment agreements tend to cover foreign investments situated in the maritime areas of the host state, including in commercially important exclusive economic zones and on continental shelves. But can the same be said when the maritime area is subject to a rival claim of a neighbouring nation? The aim of this chapter is to take a closer look at this conundrum by focusing on two core themes: (a) the extent to which international investment law applies to investments located in contested waters; and (b) the procedural challenges that may arise in the context of investor-state dispute settlement involving such investments. 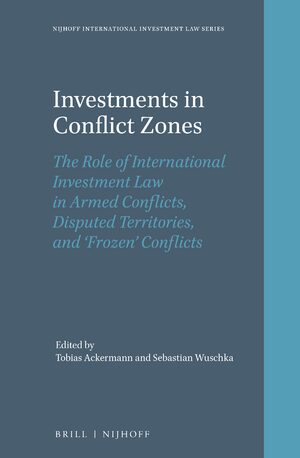