Eustathius of Thessalonica, Commentary on the Iliad

This is the online version of the complete critical edition by Marchinus van der Valk of Eustathius of Thessalonica’s Commentary on the Iliad, composed during the latter half of the twelfth century CE published in hard copy by Brill between 1971–1987. The Commentary collects material from a wide range of different sources which explain or expand on words, phrases and ideas in the Homeric epics. Original comments are blended with extracts from earlier commentators, especially the Homeric scholia. The text is an important source for fragments of otherwise lost works of ancient literature, for the history of exegesis and lexicography, and for Byzantine cultural history.
This edition traces the development of the text from its origins in Constantinople to its final redaction in Thessalonica, noting additions made by Eustathius to the margins of his own working manuscript. The online version includes van der Valk’s extensive Latin preface and an extensive source and critical apparatus. 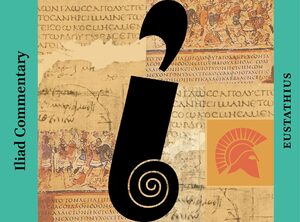 Scholars in all areas of Classical and Byzantine studies interested in the Homeric epics, ancient scholarship, Greek poetic and literary fragments, and twelfth-century Byzantine literature.