Sources from the 16th to the 19th centuries

A rich resource for garden, art and architectural historians, this primary source collection of 178 titles covers a broad range of subjects regarding the theory and practice of gardening, horticulture and garden design. Technological aspects are treated as well as garden ornaments, garden buildings, plant use, and the construction of green houses.

Also represented in this collection are the diaries and works on garden design by the virtuoso John Evelyn (1620-1706) who was a pivotal figure in seventeenth-century intellectual life in England.

The works are from various libraries, among them the libraries of Dumbarton Oaks, Washington and of Leibniz University, Hannover. 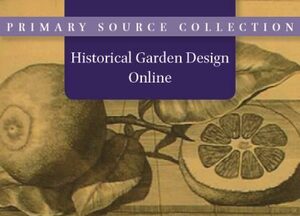