The Reformation in Heidelberg Online

This collection has been gathered for the purpose of illuminating the intellectual and religious developments during the reigns of Ottheinrich (1556-1559) and Frederick III (1559-1576). Its primary goal is to present the complete works of the major Heidelberg figures (Bouquin, Erastus, Olevianus, Ursinus, Zanchi) and a major sampling of the works of many secondary figures. Secondarily, its aim is to illuminate the theological development of the Palatinate including the origins and reception of the Heidelberg Catechism. Here the collection ventures outside the strict bounds of Reformed Protestantism to include attacks on the Palatine confession by Lutheran scholars. 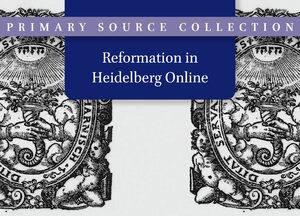