Relations between the Ottoman Empire and Russia were no less conflictual in the eighteenth century: they were at war in 1736-39, 1768-74, and 1787. In the infamous Treaty of Küçük Kaynarca of 1774, the Ottomans were forced to acknowledge the independence of the Crimea (under Russian influence) and of the northern coasts of the Black Sea. It was not until the Treaty of Jassy in 1792 that peaceful relations between the Ottomans and the Russians were restored. 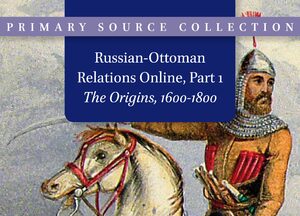