In the sixteenth century, the seaport town of Emden at the heart of East Friesland grew into the “mother church” of Dutch Calvinism, which was the driving force behind the Dutch Revolt. Concurrently, in neighbouring North-Western Germany the so-called “second Reformation” took place, that is, the calvinizing of Lutheran lands. From 1555 onwards, the Lutheran cities of Bremen and Hamburg became the scenes of sacramentarian controversies which had an impact far beyond their borders. They marked a critical phase in the transition of German left wing Lutherans to (a form of) Calvinism and in the consolidation processes of the Lutheran and Reformed confessions in North-Western Europe. This collection has a strong focus on the cities in which early modern North German Reformed Protestantism was centered: Bremen and Emden. It presents a nearly exhaustive array of sources on their theologians and their works, correspondence and biographies, on the Bremen Academy, the confessionalization process, and the general and ecclesiastical historiography of the region. 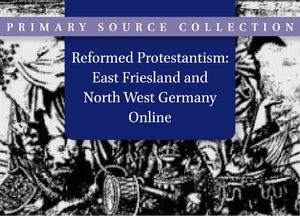