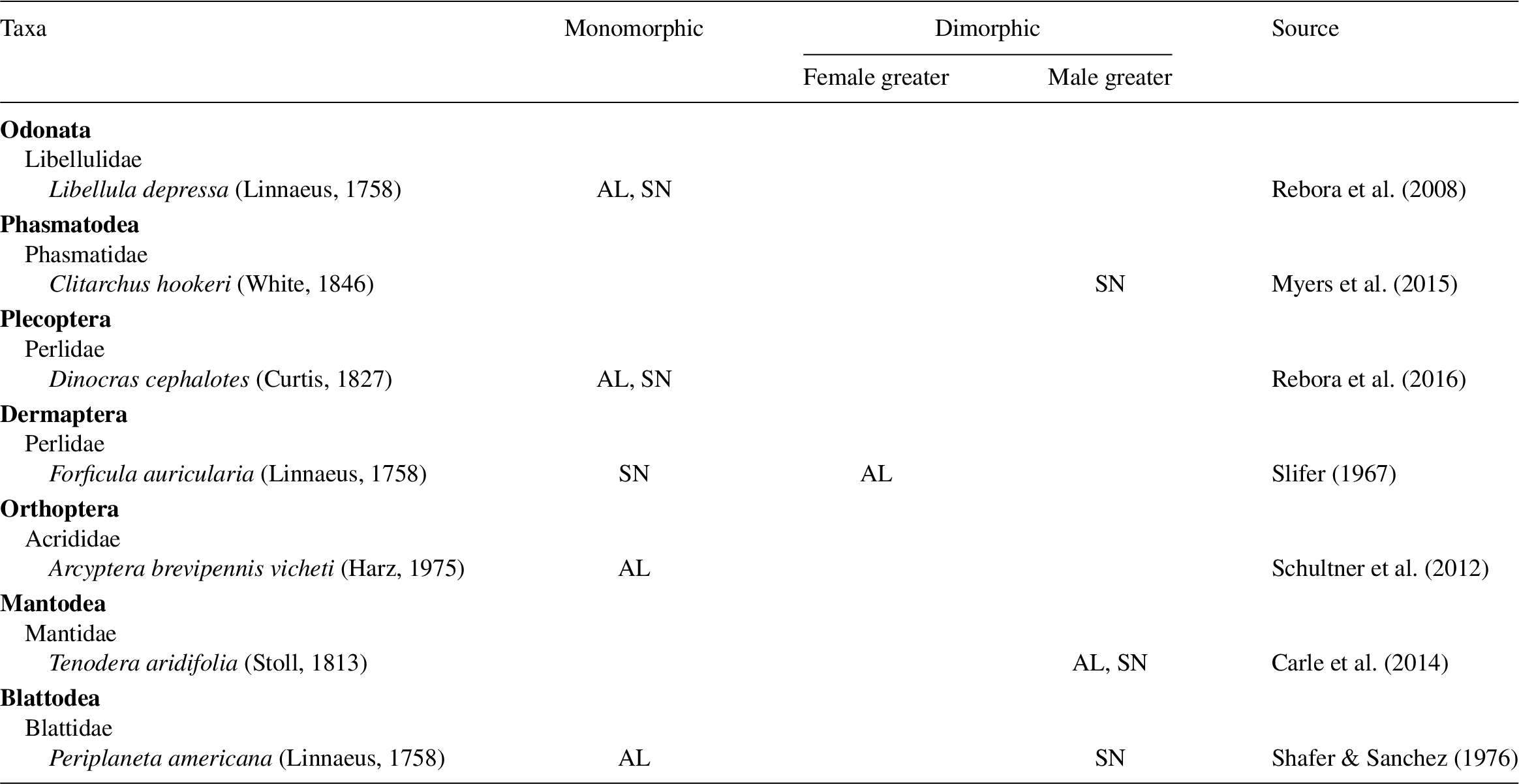 Examples of sexual dimorphism in antennal size and in sensilla density and diversity across insect orders. Note that this table is not exhaustive and is intended to illustrate the variation in the nature and direction of sexual dimorphism, drawing mostly on recent studies that provide quantitative comparisons of male and female antennal morphology. Abbreviations: AL, Length of antennae; AS, Antennal shape; SN, Number (and/or density) of sensilla; SD, Diversity of sensilla. 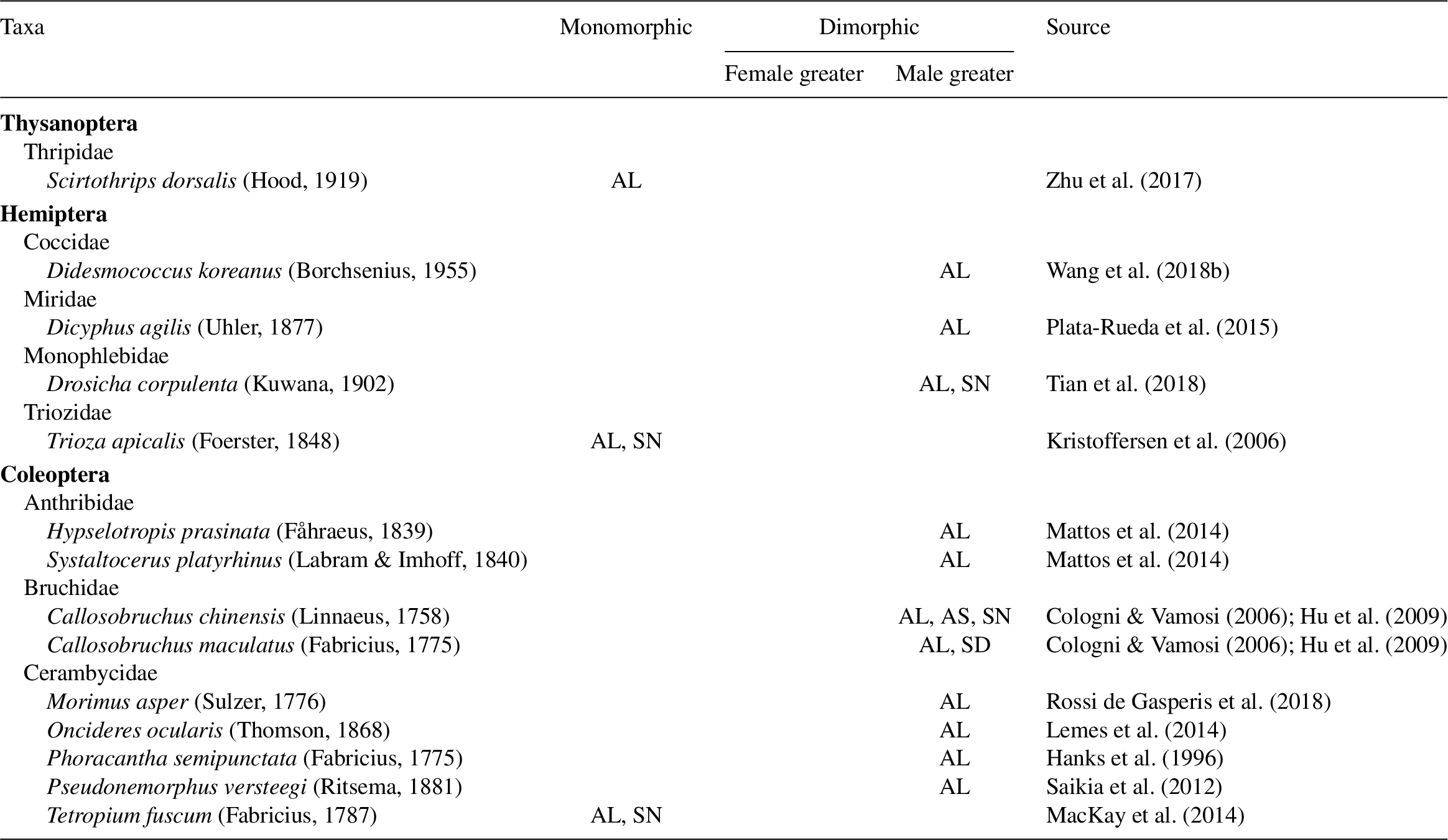 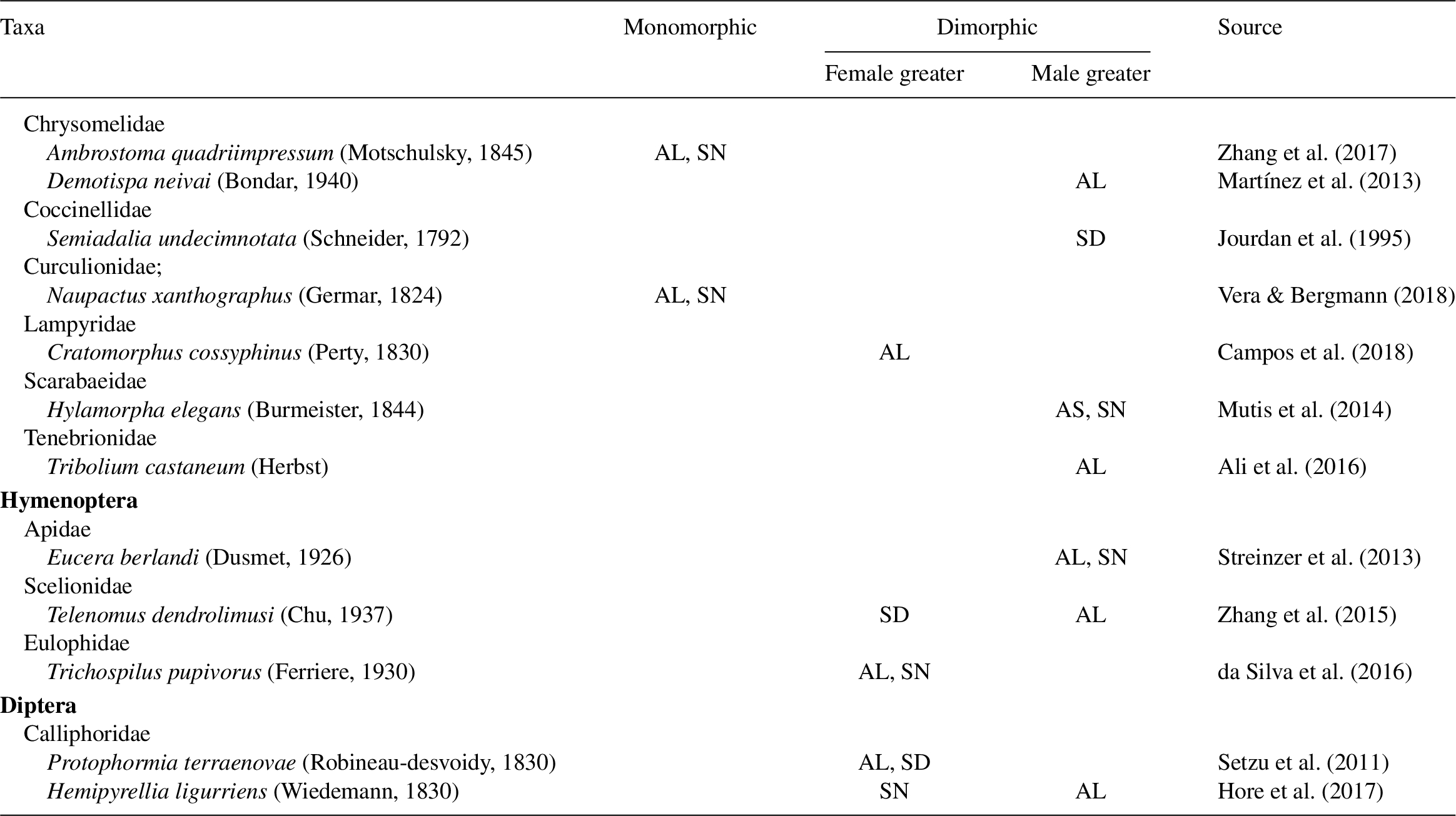