This article addresses the question of whether Rohingya victims of conflict-related sexual violence (crsv) in Rakhine State in 2017 have recourse to transformative reparations at the Association of Southeast Asian Nations (asean) Inter-Governmental Commission on Human Rights (aichr). crsv was widespread during the August 2017 non-international armed conflict in Rakhine State. crsv also occurred in the context of longstanding subjugation of the Rohingya minority by the Government of Myanmar and Myanmar’s security forces perpetrating sexual violence against the Rohingya and other ethnic minorities. Transformative reparations for crsv are reparations intended to engender structural changes to improve victims’ circumstances and guarantee non-recurrence. An evaluation of asean’s human rights frameworks and the mandate, purposes and principles underpinning the aichr, reveals unexplored potential for transformative reparations for crsv at the aichr for Rohingya victims of crsv in Rakhine State in 2017. The asean Coordinating Centre for Humanitarian Assistance is well placed to coordinate the delivery of transformative reparations in Myanmar. 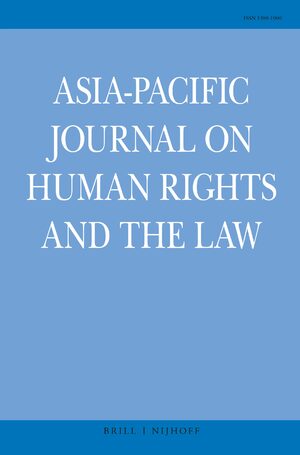