Colloquium 2 Genesis and the Priority of Activity in Aristotle’s Metaphysics IX.8

This paper clarifies the way Aristotle uses generation (γένεσις) to establish the priority of activity (ἐνέργεια) in time and in being. It opens by examining the concept of genetic priority. The argument for priority in beinghood has two parts. The first part is a synthetic argument that accomplishment (τέλος) is the primary kind of source (ἀρχή), an argument based on the structure of generation. The second part engages three critical objections to the claim that activity could be an accomplishment: (i) activity appears to lack its own structure; (ii) activity is different in kind from the object it accomplishes; and (iii) activity is external to its accomplishment. Aristotle responds to these objections by analyzing the structure of generation. In the course of the argument, Aristotle establishes that beinghood and form are activity.

In:
Proceedings of the Boston Area Colloquium in Ancient Philosophy 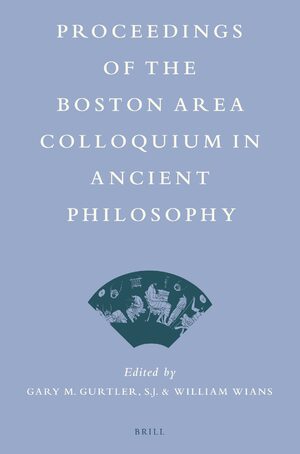