The standard approach for characterizing boldness rarely considers the influence of social environment on the expression of boldness in group-living animals. We studied a wild-caught, captive population of monk parakeets (Myiopsitta monachus) to investigate the impact of conspecific presence on boldness — a personality trait in monk parakeets — in a controlled environment. We quantified seven boldness metrics across three types of behavioural assay: novel object, emergence, and predator exposure tests in the presence of a companion pair of flock mates. Because of the high degree of sociality in this species, we hypothesized that the presence of companion birds would facilitate the focal individuals’ behavioural responses (i.e., increase the average boldness level). We found that behavioural response in a risky foraging context was inversely correlated between solitary and social condition in males, but not in females. Our results have implications for characterizing sex-specific differences of risk-taking behaviour in social animals. 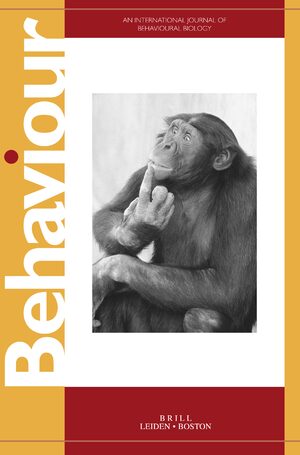