The second shift in the existing historical narrative and institutional memory followed rapidly. It came with the transformation from a parliamentary republic into a parliamentary-presidential (1994) and then presidential republic (1996). The second wave demonstrated a clear shift towards a methodological, theoretical approach and terminological framework typical of the historiography of the Soviet period. These changes were in response to the growing demands for ideological control of institutionalized historical research supported by the government in the same decade.

One of the characteristic features of recent Belarusian state-sponsored historiography (Lyč, Chigrinov, Marcuĺ, Novik and others) is the linking of post-Soviet national initiatives to Nazi occupation and collaboration in World War II. Another typical feature is simplifying historical explanations and often using undisguised pejorative terminology.

The last shift in institutional historical memory also resulted in further re-interpretations of many symbolic centres and milestones of Belarusian history (for example, the period of the first years of post-Soviet independence, the introduction of new national symbols (Pahonia coat of arms and white-red-white flag) and the interwar nationality policy of Belarusization of the 1920s.)

In:
Journal of Belarusian Studies 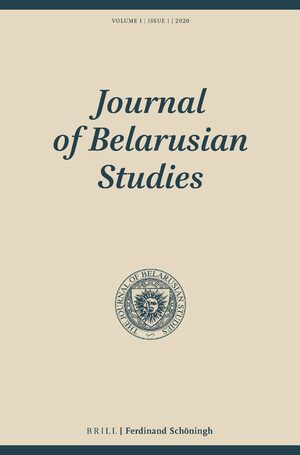