Martin Aleida’s book Romantisme Tahun Kekerasan (Sebuah Memoar) (Romanticism of the Year of Violence (A Memoir)) is an excellent portrayal of the victims of Indonesia’s baseless accusations against the Left on September 30, 1965 and of the kind of life they lived afterwards. Martin Aleida, who is still healthy today at 77, has lived in three different eras: Sukarno’s government, Soeharto’s military government, and Indonesia’s reformed government. His memoir traces the changing conditions of his life as a leftist under these successive governments. The main contribution of this work, therefore, is to show how Indonesian leftists experienced these three administrations.

Born in 1943 under the name Nurlan, Martin spent his childhood in Tanjung Balai, North Sumatra, and lived in Jakarta from 1962 to 1965. His upbringing and family life in Tanjung Balai shaped his life later on. During his teenage years, Martin witnessed how local figures trained street thugs to become parking men, drivers, janitors, and other people useful to their communities. The harmonious communal life in Tanjung Balai, with its coffee shops functioning as important social spaces, also made an impression on Martin. His mother’s firm hand and honest attitude colored Martin’s memories, as well.

In Jakarta, Martin was a student and secretary of the Akademi Sastra Multatuli (Multatuli Literature Academy), founded by Pramoedya Ananta Toer and Bakri Siregar. Yet he spent most of his time as a literary editor of the magazine Zaman Baru. This cultural magazine belonged to LEKRA (Lembaga Kebudayaan Rakyat; the People’s Culture Institution), an organization affiliated with the PKI (Partai Komunis Indonesia; Indonesian Communist party). Soon, Martin became a journalist of Harian Rakjat, also connected to PKI, through his friendship with the PKI leader Njoto, who wrote editorials for that newspaper. Njoto appointed Martin as a journalist at the Merdeka Palace, where he often met and wrote about Sukarno and witnessed some of the important events leading up to the watershed moment of September 30, 1965. Previously, Martin had covered the implementation in various regions of what were known as ‘unilateral actions’: a PKI initiative to implement an Agrarian Law, which was also supported by affiliated organizations such as BTI (Barisan Tani Indonesia; Indonesia Peasants’ Union), Gerwani (Gerakan Wanita Indonesia; Indonesian Women’s Movement), and Pemuda Rakyat (People’s Youth), because the government itself had neglected to do so. This specific law stated that the government was to expropriate the land of those who own more than five hectares, handing it over to landless farmers and farmworkers. After September 30, 1965, this controversial action became the main reason for PKI’s enemies to slaughter them and their associates (including Martin’s in-laws) in the Solo countryside.

The September 30, 1965 Movement in Jakarta, which resulted in the death of six generals, changed Martin’s life completely. He and his fellow leftists withdrew from the public sphere by staying in hiding from one place to another. To support himself, Martin worked as a roadside seller, a food stall employee, and a construction worker. He was eventually caught together with a LEKRA colleague, because a fellow leftist named Burhan Kumala Sakti revealed their hiding place. They languished in military detention under what the Indonesian army called Operasi Kalong (Operation Bat). Martin’s memoir exposes the hard lives of the leftists he had met in detention, the suffering borne by these prisoners, the torture tools used against them, and the betrayal of some leftists who cooperated with the army. During this period, Indonesia experienced a massacre of the PKI and its sympathizers, whose victims amounted to more than 500,000 people.

Martin was eventually released from army detention when Indonesia was firmly under the control of General Soeharto’s military regime. During this period, Martin recounts his grief of losing many leftist friends, who had been betrayed, imprisoned, or killed. To survive, Martin contacted a non-leftist friend for employment at a shop. He married Sri Sulasmi, the daughter of a local BTI figure from Solo who had been killed and his body dumped in the Solo River. Sri Sulasmi herself was a member of the Ikatan Pelajar Indonesia (Indonesian Student Association), which was affiliated with the PKI, and had been a military prisoner in Jakarta.

It was his life’s calling to write that drove Martin back to the world of journalism, in this case by joining Tempo magazine. Goenawan Mohamad (GM) opened the door for Martin to pursue a journalistic career for this magazine. GM had been one of the initiators of the Manifesto Kebudayaan (Cultural Manifesto) in 1966, which was ideologically opposed to LEKRA and PKI and had been banned by Sukarno. GM nevertheless continued to sympathize with the Left. He opened Tempo’s doors not only for Martin, but for Amarzan Lubis, Boejoeng Saleh, and Manyaka Thayeb. He also expressed a deep sympathy for Pramoedya Ananta Toer. By this time, Martin changed his name from Nurlan to Martin Aleida to hide his leftist past. Sadly, this name change proved unable to deceive the military spies, so that Martin had to report every week to the army office.

The third period of Martin’s life began in 1998, as Indonesia’s reform era unfolded with the fall of Soeharto’s military regime. The end of this regime was celebrated by Martin, who responded by devoting his life entirely to writing literature. Indonesia’s period of reform opened room for freedom of expression on many things that had been banned for three decades by the Soeharto regime, including leftwing ideas and publications on the 30 September 1965 Movement. In these prolific times, Martin wrote five collections of short stories, three novels, one research book, and an autobiography. Yet despite the new liberties of the so-called reformation era, Martin’s life was not entirely free from the stigma associated with the Left. His literature-culture discussion series known as Meja Budaya ‘Table of Culture’, which were regularly held at the H.B. Jassin Documentation Center in Jakarta, were discontinued in the face of opposition by the poet Taufik Ismail, another signatory of the Manifesto Kebudayaan. As Taufik’s accusation went, Martin’s activities at H.B. Jassin amounted to a renewed LEKRA movement. Soon afterwards, a literary award from the Jakarta Academy that had earlier been given to Martin was withdrawn for no apparent reason. As Martin suspects, this happened because one of the jurors behind this decision was an anti-leftist.

Martin’s memoir is useful for those interested in the ideas and lives of those belonging to Indonesia’s Left, both before and after the 30 September 1965 Movement. As Martin relates, he became a leftist himself because of his interest in literary works, acquired during his high school years, and his admiration for local figures who fought on behalf of the masses. Such leftist ideas had subsequently been silenced and their supporters killed under the Soeharto regime. Despite the reform era, Martin shows that the Left still faces a social stigma. His memoirs are an important testimony of Indonesian left-wing ideas, experiences, and the risks they continue to pose. Herein lies the importance of his book, especially to the history of the Left and contemporary Indonesian history. 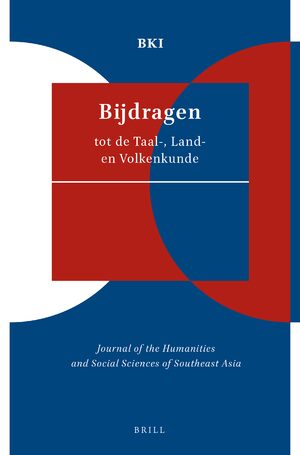