The number of refugees and migrants arriving by sea in Europe is on the rise. According to unhcr, more than one million refugees and migrants arrived in Europe by sea in 2015, whereas more than 3700 people lost their lives while trying to reach the European shores. As a response to the migration crisis, the eu has adopted a number of policies as proposed by the European Commission in the Ten point Action Plan on Migration and the European Agenda on Migration. This was followed by adoption of the second implementation package of the Agenda and initiation of eu-Turkey Joint Action Plan on migration management. In the light of the increasing number of refugees and migrants arriving in Europe by sea, this article examines the policies adopted by the eu in 2015 to cope with the migration crisis in Europe, whether the Council Directive 2001/55/ec of 20 July 2001 on Minimum Standards for Giving Temporary Protection (Temporary Protection Directive) can be implemented to cope with the arrival of the mixed flows and the reason why this Directive can play a key role in solving the migration crisis. Through evaluation of these issues, this article argues that the Temporary Protection Directive should be part of the eu response to the migration crisis as it would provide crucial benefits to both Member States as well as persons seeking refuge in the eu. 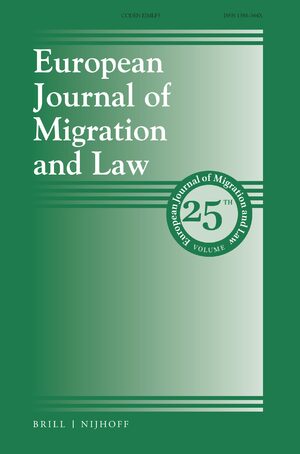