The Development of Śaivism in Koṭīvarṣa, North Bengal, with Special Reference to the Koṭīvarṣa-Māhātmya in the Skandapurāṇa

Koṭīvarṣa/Koṭivarṣa, alias Devīkoṭa and Śoṇitapura, in North Bengal is known to be one of the early centres of Tantric Śaivism. In this paper, the history of Śaivism at the site up to the twelfth century will be examined, using textual, archaeological and epigraphical sources, of which the two recensions of the Skandapurāṇa are the main material. The study reveals a strong local tradition of goddess worship throughout the period. The site was subsumed under Śaivism possibly by the fourth century; thereafter, diverse streams of Tantric Śaivism—goddess-oriented followers of the Yāmala scriptures and the orthodox Saiddhāntikas—took hold there in different periods and interacted with the local tradition of goddess worship. 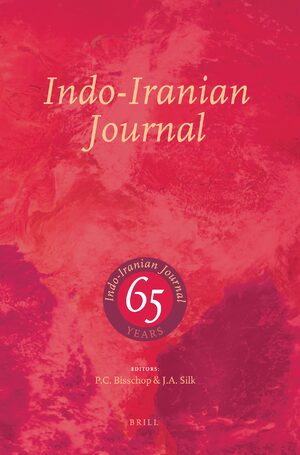