The Wild Has No Words: Environmental NGOs Empowered to Speak for Protected Species as Swedish Courts Apply EU and International Environmental Law

The Stockholm Administrative Court recently ruled that Sweden’s wolf management policies are incompatible with the Habitats Directive. These policies are also the subject of an on-going infringement proceeding by the European Commission. The administrative court’s decision has been appealed. This case is significant for two reasons. First, it interprets controversial provisions of the Habitats Directive. But perhaps more importantly, it demonstrates the growing impact of EU law in a member state. This was the first major case in which the national courts were able to review a hunting decision pertaining to a species protected under EU law because standing to bring public interest lawsuits for the protection of species has been recognized only very recently. Under traditional Swedish procedural law, only the government can represent the public interest in administrative decision making and in court. Here, Swedish courts finally applied to hunting decisions the CJEU’s holding in Slovak Brown Bear, which says that national procedural law must be interpreted so as to allow environmental NGOs to challenge administrative decisions that might contravene EU environmental law. The court did not request a preliminary ruling despite that fact that controversial questions of EU law were implicated however. While the court applied EU law, it preferred to maintain control over its interpretation. 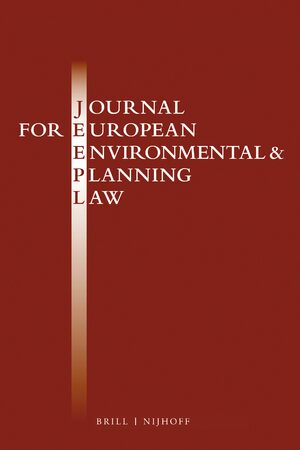