In disagreement with Claudia Baracchi's controversial thesis that there is a 'simultaneity and indissolubility' if not an 'identity' of intelligence (nous) and perception (aisthēsis) at the core of Aristotle's philosophy, I will argue that Aristotle maintains a fundamental distinction between these cognitive faculties. My goal in this paper is to examine specific parts of two central and complex passages, VI.8, 1142al2-30 and VI. 11, 1143a33-bl5, from the Nicomachean Ethics to show that Baracchi's view is unpersuasive. I will show that Aristotle considers nous to be a different capacity than mere perception and one through which particulars and indemonstrable principles become intelligible. Moreover, I will show that Aristotle considers that the objects of nous differ in kind from those that sensation (our senses) and perception (inference from our senses) grasp. After examining critically Baracchi's thesis in light of a close reading of those two relevant passages, I will conclude the paper by showing the significance of Aristotle's claim that a state is defined in terms of its objects of apprehension for understanding the distinction between nous and aisthēsis. 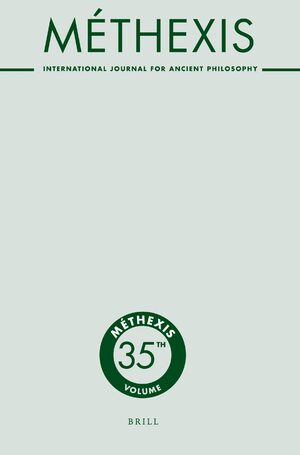