Learning a Craft from Books

Historical Re-enactment of Functional Reading in Gold- and Silversmithing

The early modern period witnessed a great increase in the production and dissemination of artisanal handbooks, manuals and recipes. A central question is what role these texts played in the transmission of artisanal knowledge. This study explores the case of Dutch silversmith Willem van Laer (1674–1722) who published a Guidebook for upcoming gold- and silversmiths (1721), a comprehensive and well-received manual of the craft. To assess the role of the Guidebook in the acquisition of practical skills in the eighteenth century, this study employs traditional historical methods combined with historical re-enactment. I argue that effective use of the Guidebook depended on complementary hands-on education of master craftsmen, which suggests that the Guidebook was far from a DIY crash course and illustrates that the textual transmission of craft knowledge depended upon, rather than threatened, established routes to craft learning, such as apprenticeships. 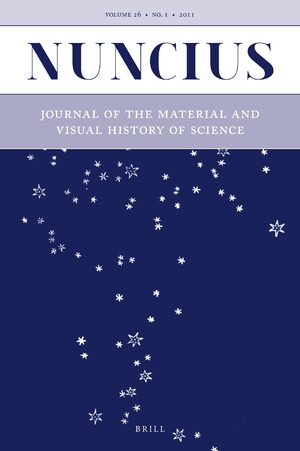