The stakes of C.L.R. James in Imperial Britain are clear from the introduction, which begins with Lenin’s comment on the “blunting” of the ideas of revolutionary thinkers that comes with their canonization. This is certainly what Christian Høgsbjerg fears is happening to C.L.R. James; however, he also asks how the meaning of James’s fame could be any different, given that he was a revolutionary socialist writing and thinking in late capitalist society? Critical of James’s incorporation by cultural and literary studies and the downplaying of his revolutionary contributions to radical history and theory, Høgsbjerg’s epigraphs from Lenin and Trotsky signal his explicit interest in reconnecting James to a rigorous Marxist tradition. His critique allows him to historicize, provocatively, some of the main streams in the past thirty years of James scholarship.

Even more than a blunting, Høgsbjerg is concerned with the postmodern fragmentation of James as a thinker. In contrast, he makes an explicit effort to write a Marxist biography not unlike James’s portrayal of Toussaint Louverture, one that provides a more unified sense of James as a Marxist whose work has a specific focus and trajectory. Høgsbjerg’s account is unusual in prioritizing the importance of James’s six years in England during the 1930s for shaping his work after that. In the 1930s, James was one of those early colonial intellectuals whose radicalism derived from his efforts to understand the meaning of his Caribbean experience in the context of larger global forces and events. For example, Høgsbjerg challenges the typical view that the young James arrived in England as a steadfast Arnoldian. Instead, he argues, James already carried within himself a colonial frame of reference that adapted Victorianism and Arnoldianism to the specific circumstances of the Caribbean. In the early 1930s, James was situated within a very particular conjuncture, the hegemonic crisis of Victorianism at the turn of the twentieth century. His “Arnoldianism,” therefore, was shaped, deformed even, by his formation in a colonial society; he held a perspective not unlike Du Bois’s double-consciousness.

Chapter 2, one of the strongest in providing new information and sources, focuses on the ten months James spent in the English working-class town of Nelson with the cricketer Learie Constantine and his family. Høgsbjerg provides a fascinating account of this dynamic period, of James reading Trotsky while speaking on West Indian self-government to working-class Lancashire audiences, synthesizing Marxist analysis with broader colonial structures and forces, and tying the political struggles in the West Indies to the everyday struggles of the British working classes. Throughout, Høgsbjerg reminds us of James’s prescience in imagining “a Britain without empire,” a postcolonial and postimperial Britain, at the very height of British imperial hegemony, when the decolonization and nationalist movements that feel more inevitable now were unimaginable to most intellectual and political leaders of the period, except for James.

After his move back to London to become a cricket reporter for the Manchester Guardian, James’s theoretical syntheses of Trotskyism and the “colonial question” begin to appear in his writing. What he finds most important is the theory of permanent revolution, allowing for societies at various stages of development to skip stages in arriving at a revolutionary moment, and the theory of uneven and combined development under capitalism. Fifty years later, relying on a different generation of Marxist thinkers, another British West Indian intellectual and Marxist, Stuart Hall, would reach a similar insight in his efforts to explain the “racially-structured social formations” of the postcolonial Caribbean. For Hall, these societies were complex assemblages consisting of “an articulation between different modes of production structured in some relation of dominance.”1 Similarly for James, Trotsky’s theory “helped explain like nothing else the ‘amalgam of archaic with more contemporary forms’ that he noticed in colonial Trinidad, and it reinforced his growing sense that if there was hope for the Caribbean, it lay with the working class” (p. 78). This theoretical insight then shapes The Black Jacobins as more than just a history from below; it represents a method of historical writing that thinks about the totality of social relations.

While his criticism of literary and cultural studies for downplaying James’s radicalism is overstated, Høgsbjerg is persuasive that only this “detailed and historical sense of the totality of critical aspects of James’s life and work in Britain” (p. 15) can demonstrate how the vision of the world we live in that James developed was able to encompass “the entire world system that emerged in the 1930s and lasted in its full totality until the rise of neoliberalism during the 1970s” (p. 214). 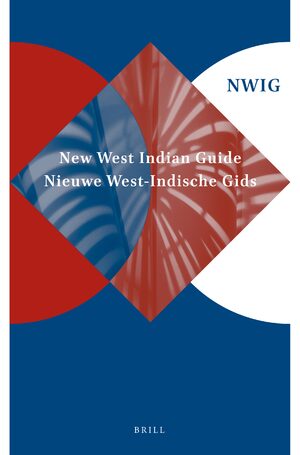