Oud Holland – Journal for Art of the Low Countries

Editor-in-Chief: Elmer Kolfin
Oud Holland is the oldest surviving art-historical periodical in the world. Founded by A.D. de Vries and N. der Roever in 1883, it has appeared virtually without interruption ever since. Supported by the RKD – Netherlands Institute for Art History since 1972, it is entirely devoted to the visual arts of the Low Countries from 1400 until early 20th century and has featured thousands of scholarly articles, including numerous pioneering art-historical studies. From 1885 to his death in 1946, the renowned art historian Dr. Abraham Bredius set a standard of excellence for Oud Holland. Many other well-known art historians have served as editor of the periodical.

Oud Holland is published four times a year. Every volume is richly, full colour, illustrated, and has at least 200 pages. Most texts in Oud Holland are printed in English. Articles in other languages, like Dutch, French or German, have an English summary.

Oud Holland is published by Brill in cooperation with the RKD - Netherlands Institute for Art History.

Back volumes and single issues in print as of 2008 can be ordered from Turpin Distribution by sending an email to brill@turpin-distribution.com

For back volumes or issues from before 2008, please contact the Netherlands Institute for Art History (RKD). E-mail: oudholland@rkd.nl 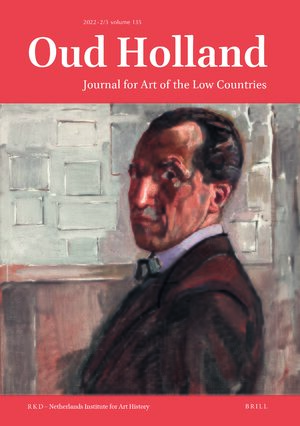 Online submission: Articles for publication in Oud Holland can be submitted online through Editorial Manager. To submit an article, click here.