Two new species of the plant bug genus Sejanus Distant, S. komabanus and S. vivaricolus, are described from Japan, with information on their ecology. Both species are recently confirmed within urbanized environments, including the university campus in the Tokyo metropolis, and gardens and residential quarters in Kyushu. They are considered to have been widespread originally, but their populations are now fragmented and can survive only in some restricted campuses and artificial zones where traditional vegetation is partly preserved. A checklist with known distribution and a revised key are provided for proper recognition and identification of the Japanese Sejanus species.

Two new species of the plant bug genus Sejanus Distant, S. komabanus and S. vivaricolus, are described from Japan, with information on their ecology. Both species are recently confirmed within urbanized environments, including the university campus in the Tokyo metropolis, and gardens and residential quarters in Kyushu. They are considered to have been widespread originally, but their populations are now fragmented and can survive only in some restricted campuses and artificial zones where traditional vegetation is partly preserved. A checklist with known distribution and a revised key are provided for proper recognition and identification of the Japanese Sejanus species.

The genus Sejanus Distant in the phyline plant bug tribe Leucophoropterini currently comprises 40 described species, and occurs widely within the Oriental to Australian regions, as well as in the eastern Palearctic Region, and on several Pacific islands (Menard & Schuh 2011). The majority of species inhabit warm temperate, subtropical and tropical climate zones, and appear to be associated with evergreen broadleaf trees, particularly the inflorescences; only two species, Sejanus juglandis Yasunaga and S. potanini (Reuter), occur in the deciduous forests of the eastern Asia.

Five species of Sejanus have hitherto been known to occur in Japan (Yasunaga 2001a, 2001b). Recently, two unknown phyline plant bug species were collected in good numbers during our field investigations within the urbanized environment of a university campus in the Tokyo Metropolis, and in the gardens and residential quarters of the Kyushu area. After careful examination, both of these phylines were confirmed to represent undescribed species belonging unequivocally to the genus Sejanus Distant. We herein describe them as new to science, and document their host associations and unique habitat preferences. A checklist with citations to the known distributional records and an updated key to Japanese Sejanus species are also provided to aid their identifications.

Dried specimens were used in general. Specimens examined are deposited in the following institutions or collections:

Matrix code labels were attached to all type specimens, which uniquely identify each specimen, and are referred to as unique specimen identifiers (USIs). The USI codes (e.g., AMNH_PBI 000123) comprise an institution and project code (AMNH_PBI) and a unique number (000123). Generally, each USI label corresponds to a single specimen; however, some USI labels correspond to a multiple specimens of a single species mounted on the same pin. Please visit the website of the Planetary Biodiversity Inventory (PBI) Project (http://research.amnh.org/pbi/heteropteraspeciespage), or http://www.discoverlife.org for additional information on specimens examined.

Recognized by the small size; fuscous (sometimes reddish) basic coloration; shiny dorsum often with two ivory spots or a white fascia at the anterior margin of the cuneus; and small-sized, simple, J- or C-shaped male endosoma with a thick-rimmed, clearly visible secondary gonopore. Detailed diagnostic characters and redescriptions are provided by Menard & Schuh (2011) and Schuh (1984).

Schuh’s comprehensive revision (Schuh 1984) documented 25 species of Sejanus from the Indo-Pacific regions. Carvalho & Gross (1982) also recorded 23 species (22 of which were described as new) from Australia, and considered the genus to be the most diverse in the Australian Region. However, a recent revision (Menard & Schuh 2011) suggests that the majority of species described by Carvalho & Gross (1982) should be placed in the Australian endemic Ausejanus Menard & Schuh, and six species of Carvalho & Gross and four of Schuh (1984) were designated as ‘incertae sedis’ and in need of proper placement in other genera. Yasunaga (2001a) described three new species and recorded two additional species from Japan. As a result, 30 species are currently regarded as “true” representatives of Sejanus.

Regarding the biology of Sejanus species, almost nothing has been reported. Because most available specimens were collected by light traps, host plant associations have fragmentarily been documented for S. breviniger Yasunaga (Euphorbiaceae), S. funereus Distant (Anacardiaceae, Verbenaceae), S. juglandis Yasunaga (Juglandaceae), S. neofunereus Schuh (Euphorbiaceae, Urticaceae), and S. potanini (Reuter) (Betulaceae, Salicaceae) (Menard & Schuh 2011, Yasunaga 2001a, 2001b). The immature form was reported only for S. potanini from northern Japan (Yasunaga 2001b). Our recent field investigations, however, could confirm strict host association and unique habitat preferences for the two new Japanese species described below (see Biology section of each species).

Multivoltine life cycles are assumed for the members inhabiting the subtropical and tropical climate zones, whereas a few species known only in the temperate and cold temperate zones have one generation per year and hibernate in the egg stage (Yasunaga 2001b). In the Ryukyus, Japan, S. neofunereus was observed to have fed on an unidentified typhrocybine leafhopper (Auchenorrhyncha: Cicadellidae) aggregated on leaves of Pilea arborescens (Link) C.B. Rob. (Urticaceae) (Yasunaga unpublished data); this observation implies some Sejanus species may be (at least partially) predaceous.

Recognized by the moderate size, elongate oval (male)/to more ovate (female) body, totally fuscous, shiny dorsum, clearly yellow or yellow-brown apices of all femora, long, slender hypophysis of the left paramere, C-shaped endosoma with minute spines only at apex, and noticeably 8-shaped secondary gonopore. Distinguished from the superficially most similar congener, S. potanini, by the smaller size (Figs 12–13 vs. 16–17), and different form of the endosoma (Fig. 30 vs. 31); and readily from the other new species, S. vivaricolus, by the generally more slender body form and yellow apices of all femora (Figs 10–11 vs. 8–9).

Named for the type locality, Komaba in the Tokyo Metropolis.

This new species was confirmed to be associated with Mallotus japonicus (L.f.) Müll. Arg. (Euphorbiaceae) in Tokyo, and all the adult specimens were collected in mid and late June. Consequently, a univoltine life cycle is assumed for S. komabanus.

Recognized by the totally fuscous, weakly ovate body (Figs 4, 5, 8, 9, 14, 15), shiny dorsum, entirely dark metafemur and C-shaped but not much curved endosoma furnished with the minute spinules on apical 1/5–1/2 (Fig. 30). Distinguished from the most closely allied congener, S. breviniger, by the (usually) larger size (Figs 14–15 vs. 18–19), deeper and more straight ventral cleft of the ostiolar peritreme (Figs 24–25 vs. 26–27), and different shape of the endosoma (Figs 34 vs. 32–33). The 4th (Fig. 6) and 5th (Fig. 7) instar immatures of this new species are recognized by their ovoid body shape, reddish brown basic coloration, rather shiny dorsum with uniformly distributed, silky semierect setae, darker wing pads, yellow basal halves of the antennal segment II and III, and wholly yellow tibiae.

From Latin, vivarius (= park) in combination with suffix colus (= inhabitant), referring to the frequent occurrence of this new species in the park or garden.

This new species is associated with the broadleaf inflorescences of Mallotus japonicus (L.f.) Müll. Arg. (Euphorbiaceae) (June–July), Elaeocarpus sylvestris Poir. var. ellipticus Hara (Elaeocarpaceae) (July) and Zanthoxylum ailanthoides Siebold et Zucc. (Rutaceae) (August), in Nagasaki Prefecture, southwestern Japan. These plants are often found in and around the parks or gardens in the area. A few adults were also collected Ligustrum japonicum Thunb. (Oleaceae), but no immatures were found on this plant. A bivoltine life cycle is assumed for this mirid, and the eggs appear to hibernate.

Similar to the other new species, S. komabanus which has hitherto been discovered only in the campus of the University of Tokyo the habitats of S. vivaricolus appear to be restricted to the gardens (including a zoo and botanical garden) and residential quarters. This new species is yet to be discovered in montane or forest zones where the natural environments are well preserved and the above-mentioned host plants also grow. Presumably, S. vivaricolus may prefer the border areas around mountain foothills, residential quarters and arable flatlands to deep forests, and is hypothesized to have been more widely and commonly distributed in Kyushu and Shikoku in the past. Such habitats are, however, being rapidly reduced by modern urbanization. 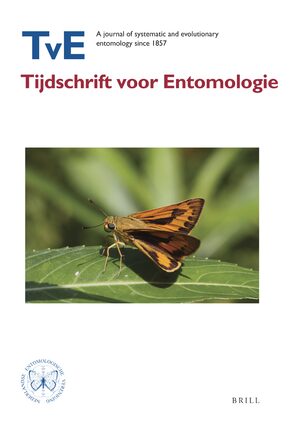 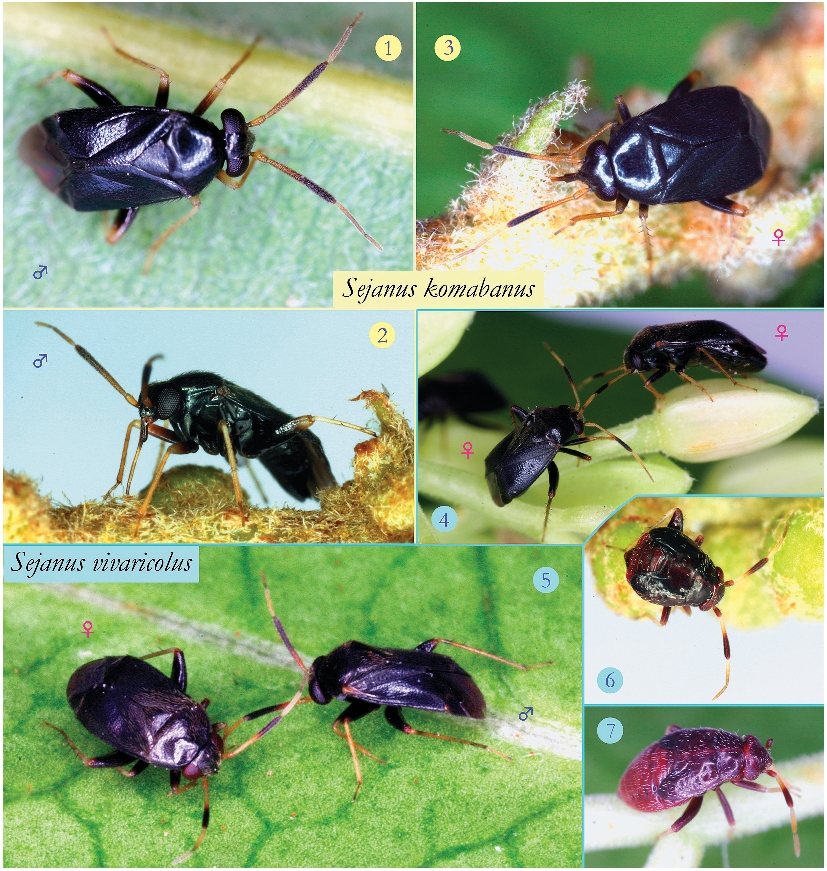 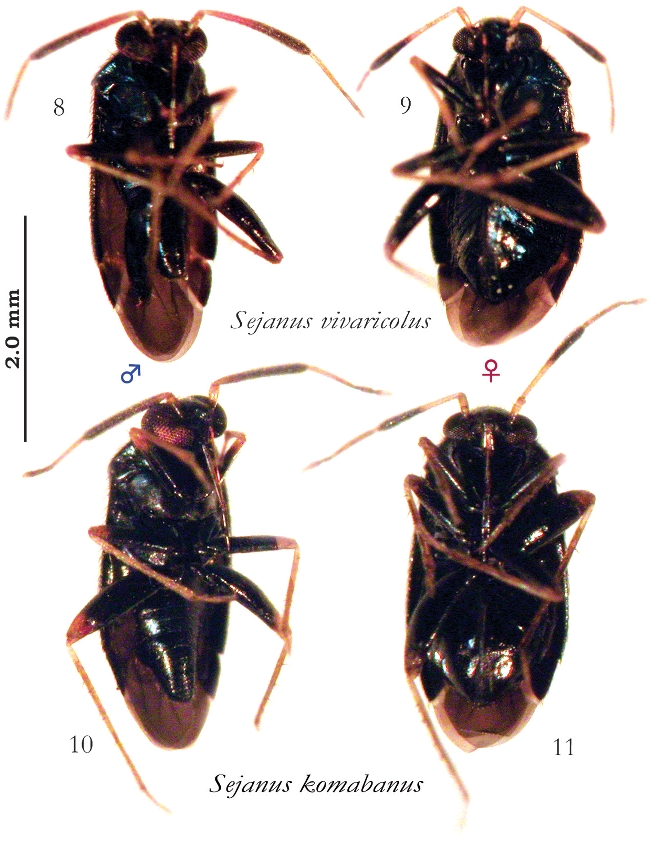 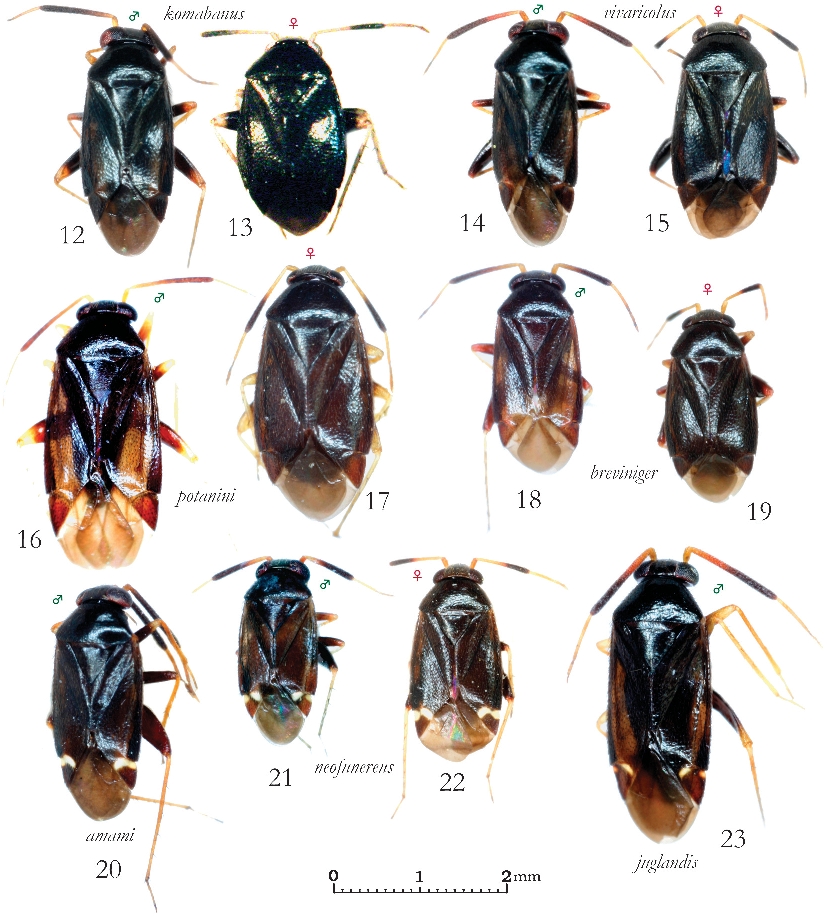 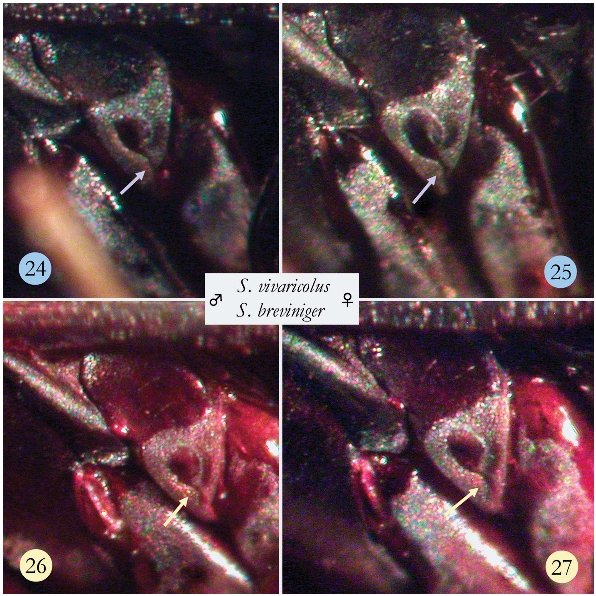 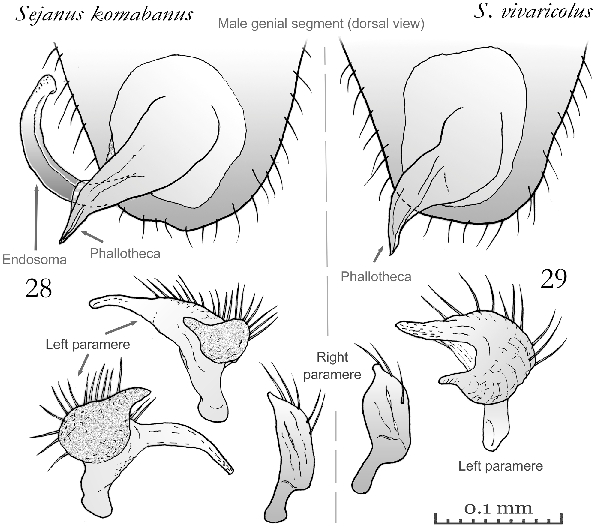 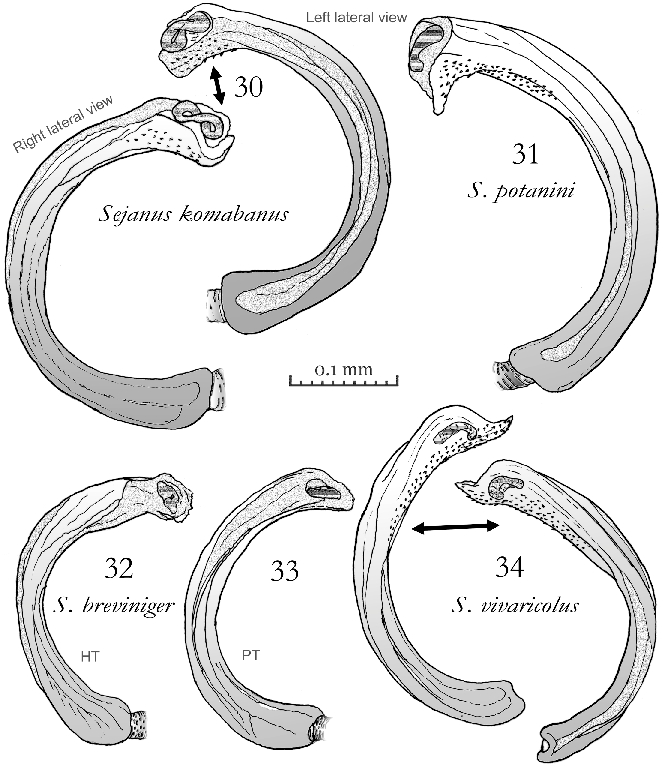