Judaism and Christianity share much of a heritage. There has been a good deal of interest of late in this phenomenon, examining both this common heritage, as well as the elements unique to each religion. There has, however, been no systematic attempt to present findings relative to both Jewish and Christian tradition to a broad audience of scholars. It is the aim of this series to do just that.
Jewish and Christian Perspectives publishes studies that are relevant to both Christianity and Judaism. The series includes works relating to the Hebrew Bible and the New Testament, the Second Temple period, the Judaeo-Christian polemic (from ancient to modern times), Rabbinical literature relevant to Christianity, Patristics, Medieval Studies and the modern period. Special interest is paid to the interaction between the religions throughout the ages. Historical, exegetical, philosophical and theological studies are welcomed as well as studies focusing on sociological and anthropological issues common to both religions including archaeology.
The series is published in co-operation with the Bar-Ilan University and the Schechter Institute in Israel, the Faculty of Catholic Theology of the Tilburg University and the Protestant Theological University in the Netherlands. It includes monographs and congress volumes in the English language, and is intended for international distribution on a scholarly level. 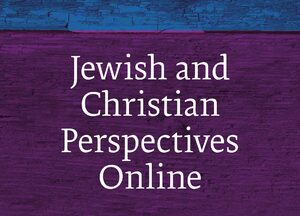