This product gives access to both Religion Past and Present Online and Religion in Geschichte und Gegenwart Online.

Religion Past and Present Online is the online version of the updated English translation of the 4th edition of the definitive encyclopedia of religion worldwide: the peerless Religion in Geschichte und Gegenwart (RGG). 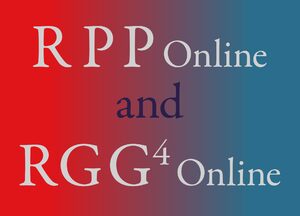 "We congratulate editors, translators and publishers on their great achievement and in such a short time. [...] well researched, carefully written and authoritative." – J.K. Elliott, in: Novum Testamentum 56 (2014)

"One cannot fail to be impressed ... Using it as a reference source and 'testing' its qualities, the depth of scholarship, the frame of reference for assumptive knowledge, the clarity of discussion (it does not read like a translation), and the continual surprises at its adventurous coverage keep one going back and back time and time again ... libraries will want to get the English version simply because it more successfully than ever opens up the rich resources here to a global readership for whom English is a lingua franca." – Stuart Hannabuss, in: Philosophy and Religion, 2007

"As is to be expected from Brill, this volume is magnificently produced ... the scope of the selection of entries and the scope of the individual contributions themselves is indeed unequaled in theological reference works in the English language, especially because Wirkungsgeschichte is recognized as an important tool for biblical exegesis. Anyone who reads through these volumes will have learned an immense amount about subjects that are both central and peripheral, generally important and esoteric, as befits an encyclopedia that seeks to provide universal coverage of topics. Because Religion Past and Present provides quick, usually reliable information in a dense, concise form on an immense number of entries (15,000 of all 13 volumes), it is indeed an indispensable resource for libraries, scholars, and pastors alike." – Eckhard J. Schnabel, in: Bulletin for Biblical Research 19.4 2

"The volumes containing the English translation of the 4th edition of Religion in Geschichte und Gegenwart appear with commendable regularity. ... Suffice it to repeat our admiration for the updating and Anglicizing of this prestige encyclopaedia." – J.K. Elliott, in: Novum Testamentum Volume 52, 2, 2010

Review of the first five volumes of RPP:
"It is by any reckoning a remarkable achievement; both in the original and in its English-language version it is surely destined to remain a standard point of reference for at least a couple of decades. ... The English is generally excellent; ... RPP is ... a splendid achievement, which amply fulfils its aims. For scope, penetration to the essentials, concision, balance and scholarly judgement it has no rival in English. For the wider community of research in Europe and North America, and in theological cultures still shaped by them, it is an outstanding testimony to the close scholarly relations of theology and religious studies, and to their importance for the academic and ecclesial publics." – John Webster, in: Theologische Literaturzeitung 137 (2012) 9