Editors: Anthony Spalinger and Davide Nadali
Within the main series Culture and History of the Ancient Near East (CHANE), the subseries Ancient Warfare aims at focussing on aspects of military history in the Ancient Near East, including Egypt and related areas that in the past were connected to Near Eastern political institutions and regions. The chronological framework includes Early Bronze Age societies up through the Iron Ages, with the possibility — in a cross-disciplinary and diachronic perspective — to enlarge the analyses of military institutions in the later periods of Egypt and the Near East. The impact of Hellenism and Rome in the east, including periods when western armies had to face well structured and organized forces of Parthians and Sassanians as well as Central Asia military organizations, is also within the purview of this subseries.

The subseries Ancient Warfare will include publications of specific monographic studies on military aspects as well as the proceedings of thematic conferences on the subject. Recent trends in the history of ancient warfare, books and miscellaneous collections of papers should be taken into consideration, and the outcomes, suggestions and guidelines of the “New Military History.”

This new line of research aims to go beyond the traditional limits and themes of studies on ancient warfare (particularly linked to the study and analysis of tactical and strategic aspects of warfare and technical detailed investigation of the function and mechanism of weapons). In particular, “New Military History” points out the necessity of cross-disciplinary studies that take into consideration economy, politics, culture and society.

The subseries Ancient Warfare is also devoted to specific technical studies of use and functions of weapons and military machines as well as to military practices on the battlefield, and to studies of military architecture, usually neglected or only partially considered in scholarship. However, attention should be pointed to the sociological and political implication of war as a cause of change and transformation of human society. Diachronic studies that develop the repercussions of war on economy and the organization of ancient cities and territories across time in the area of Egypt and the Near East are particularly welcome. 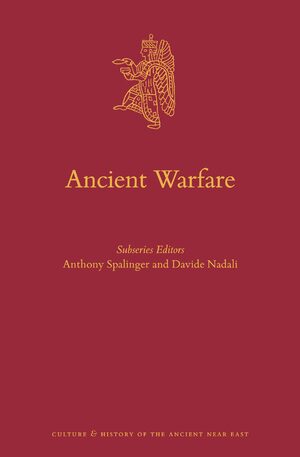