The Bible in Ancient Christianity

Editor: D. Jeffrey Bingham
The Bible in Ancient Christianity series examines how the Scriptures were interpreted in ancient Christianity, particularly as Scripture functioned in liturgy, in exposition, homilies, in art, in spirituality, and in social issues. The chronological parameters for the series are the first through the fifth centuries. Questions of how Scripture functions will include both, for example, how Augustine interpreted Romans, as well as how Romans was interpreted among various writers. The geographic and chronological breadth of the series means that Eastern as well as Western Christian authorities will be examined. Although the focus will be on widely accepted canonical texts (within these two traditions), the series will not restrict itself to only “orthodox” readings of the texts. Thus, the series might include manuscripts concerning the Gospel of Thomas; and the series might examine how so-called heterodox personalities (e.g., Montanists) used the Bible. Nonetheless the principle aim will be to look at how canonical texts functioned in ancient Christianity. 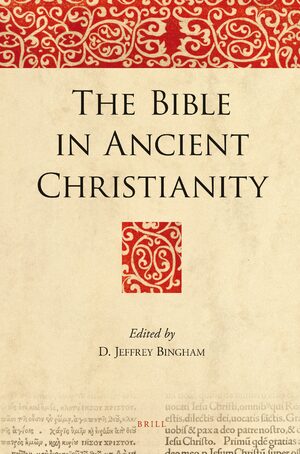