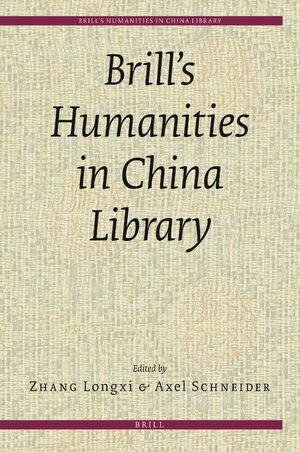 Contact sales
Zhang Longxi, Ph. D. (1989) in Comparative Literature, Harvard University, is Chair Professor of Comparative Literature and Translation at the City University of Hong Kong. He has published extensively on East-West comparative studies of literature and culture and his major publications include The Tao and the Logos: Literary Hermeneutics, East and West (Duke UP, 1992), Allegoresis: Reading Canonical Literature East and West (Cornell UP, 2005), and Unexpected Affinities: Reading across Cultures (Toronto UP, 2007).
Axel Schneider, since August 2009 Professor of Modern Sinology at Göttingen University and Director of the Centre for Modern East Asian Studies, has been trained in Germany (Bochum and Heidelberg) and Taiwan (NCCU) in Sinology, Political Science and History. From 1989 till 2000 he worked as assistant professor at the University of Heidelberg. In 2000 he was appointed Professor of Modern China Studies at Leiden University, in 2009 he moved to Göttingen. His research interests include modern Chinese history, intellectual history, and the history of Chinese historiography.