Editor: Johannes Bronkhorst
The civilisation of India, marked by an ancient and vast cultural heritage with a strong character of its own, is among the oldest continuous and most seminal of the world, influencing as it does the thought and action of the population of nearly the whole of Asia. The vitality of its tradition still continues to fascinate Man all over the world today.
Brill's Indological Library is concerned with the languages, history and native cultures of South Asia. Subjects include Hinduism, Indian Buddhism, Jainism, Sikhism; political, social and economic history; philosophy; literature; languages; native science; performing art; law; the State; foreign relations, and manifestations of the Indian radiance or presence abroad; et cetera.
The series includes monographs on substantial subjects, thematic collections of articles, text editions, and translations. The volumes are in English. 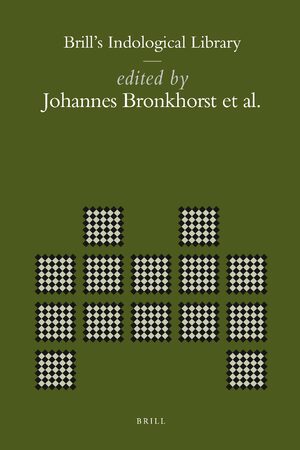 Edited by Johannes Bronkhorst
In co-operation with Richard Gombrich, Oskar von Hinüber, Katsumi Mimaki, Arvind Sharma
The series is of interest to Indologists and all those concerned with manifestations of Indian cultural radiation elsewhere.