Editor-in-Chief: Joshua S. Mostow
Japanese culture, marked both by a strong character of its own and by a continuing absorption of foreign elements, is surprising for its ability of perpetual renewal without loss of identity. The country's industrial organization and productivity have ensured an impact on world affairs far exceeding the numerical importance of its population.
Brill's Japanese Studies Library is concerned with the languages, history and culture of Japan in past and present. Among the subjects included are history—political, social, economic based on primary sources, including biography; religion; classical literature and performing arts; law; language; philosophy; history of science; et cetera. Geographically the series covers the Japanese isles as well as manifestations of Japanese presence abroad. Chronologically the period from the beginnings of written history until the present is covered. The series includes monographs on substantial subjects, thematic collections of articles, handbooks, text editions and translations. 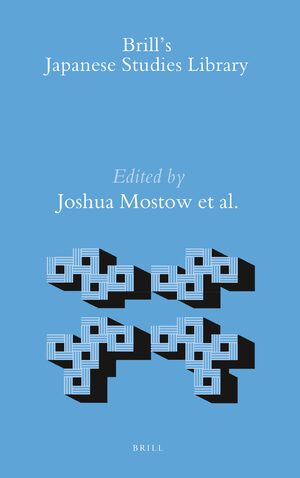 The series is of interest to Japanologists and those generally interested in history, linguistics and culture and wanting to remain informed of Japanese issues in the world's continuing attempt to understand Man in all his manifestations.