Series Editors: Lautaro Roig Lanzillotta and Delfim Ferreira Leão
Ever since the Middle Ages and the Renaissance, the influence of Plutarch, the great writer of Chaeronea, has been enormous. From Montaigne and Shakespeare to S. Zweig and J.K. Rowling, Plutarch has helped to shape modern Western thought and culture. Besides being an influential figure for intellectual and literary trends, Plutarch has also been fundamental in the transmission of ancient lore to medieval, Renaissance and modern Europe. Indeed, Plutarch is still a key figure for our understanding of the first centuries of the Common Era: his social provenance, education, rich political career and social life make him a first-rate witness to the cultural life of late antiquity.

The past two decades have witnessed an upsurge in scholarship on Plutarch. Classicists, archaeologists, historians, philosophers and theologians alike have shown a renewed interest in this intriguing figure and his works, particularly for the light they might shed on ancient culture. In point of fact, both his Lives and his Moralia are inexhaustible sources of information about numerous aspects of the ancient world and its wisdom, helping scholars as they attempt to reconstruct the past. This is as true for religion, philosophy, literature, politics, and science (botanic, zoology, astronomy, or mathematics), as it is for pseudo-sciences such as divination, astrology, or numerology.

Brill’s Plutarch Studies is a response to this renewed scholarly interest in the encyclopedic writer of Chaeronea. In addition to monographs and edited volumes, the series includes updated [English] translations of and commentaries on both Lives and Moralia. As such, it intends both to bring together the most significant Plutarch scholarship of recent years, as well as to provide a forum in which new approaches might be discussed. 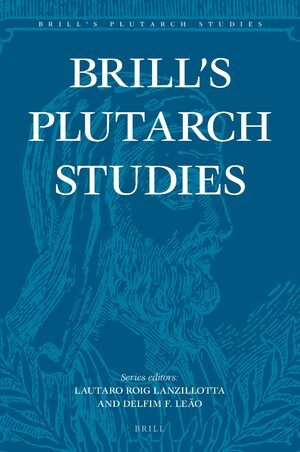