Editorial Board / Council Member: John Bodel and Adele Scafuro
Brill Studies in Greek and Roman Epigraphy is a peer-reviewed book series, publishing monographs and collected volumes on all aspects of Greek and Roman inscriptions. These include first editions of new and significant inscriptions, new editions of previously published and important inscriptions, with significant new readings and analysis as well as studies that deal with ‘practical matters’ of epigraphy, from lettering and methods of inscribing, to formulae used by civic bodies, to methods of recording and editing texts and ‘supports’. In addition, it welcomes volumes of historical studies that make significant use of inscriptions and occasionally conference proceedings. 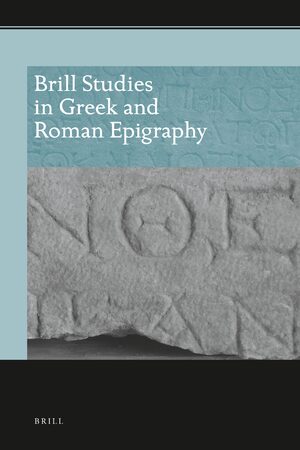