Editor: Han van Ruler
Editorial Board: Christopher Celenza, Marcia L. Colish, Jonathan I. Israel, Akira Koba, Massimo Mugnai and Willemien Otten
Brill's Studies in Intellectual History, or BSIH, is a peer-reviewed book series that publishes new approaches to history, the history of philosophy and theology, and the history of ideas. Special attention is given to the use of interdisciplinary methods and insights, such as those of cultural anthropology, semiotics and linguistic analysis. Occasionally volumes will contain papers of eminent scholars and proceedings of conferences, which would otherwise be difficult to obtain.

BTSI Brill's Texts and Sources in Intellectual History is a peer-reviewed book series that publishes rare or previously unpublished material of great relevance to current academic research in the field of intellectual history. Publications include new editions and/or translations of complete works (preferably in English) as well as correspondence, notes, journals and other source materials. All volumes will have scholarly introductions and notes.

BSAI Since its origin in the nineteenth century, the borders of the discipline of art history have been fluid. Art history absorbed theories and methods from other disciplines such as philosophy, film and gender studies, and, of course, history; and in turn it influenced these disciplines. The history of art history itself reflects the intellectual history of the last two centuries. What counts as an art historical object and how it is theoretically approached and interpreted echoes the intellectual and cultural background of the art historian. In this sense, a work of art is more than merely its reconstructed history. The interpretation of a work of art must activate the self-reflective capacity of art historical inquiry. The subseries Brill’s Studies on Art, Art History, and Intellectual History is dedicated to the study of historical and contemporary works of art, in which a reflection on the history of art, its theories and methods, and the relation to its contemporary milieu of cultural and intellectual ideas is implied. 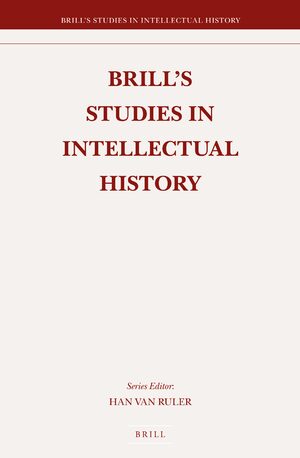