Readings in Post/Colonial Literatures and Cultures in English

Editors: Bénédicte Ledent and Delphine Munos
Active since 1990, the Cross/Cultures series has just passed the two-hundred mark, with books that reflect well the capaciousness of its title and subtitle. Accommodating both studies by single authors and edited critical collections, Cross/Cultures covers the whole range of the colonial and post-colonial experience across the English-speaking world—but not only this domain: the literatures and cultures of non-anglophone countries and regions also find a home in the series.
The broad spectrum of Cross/Cultures can be illustrated by book topics as diverse as black South African autobiography, Kenyan settler writing, the African-Jamaican aesthetic, Australian and New Zealand poetry, Southeast Asian art after 1990, diasporic trauma in Caribbean writing and women’s fiction of the Sri Lankan diaspora. Cross/Cultures has also published monograph treatments of such writers as Chinua Achebe, J.M. Coetzee, Kate Grenville, Caryl Phillips, Raja Rao, Derek Walcott, and Patrick White. The series contains also two volumes with journal articles, essays and reviews published by Walcott.
Included in Cross/Cultures are collections of selected and revised papers from important conferences (ASNEL Papers = GAPS; ACLALS; EACLALS). It goes without saying that all book proposals and MSS undergo double blind peer review by experts in the field, after being admitted for consideration by the series editors, for whom open-mindedness and catholicity of interests are hallmark values. The editors pride themselves on maintaining high standards in content, aesthetics, language, and scholarly accuracy. All books are ushered through the production process with hands-on personal critical engagement—an approach that has helped make the series’ high international reputation.

The series Cross/Cultures includes the ASNEL Papers (Association for the Study of the New Literatures in English) subseries.

The series published an average of 8,5 volumes per year over the last 5 years. 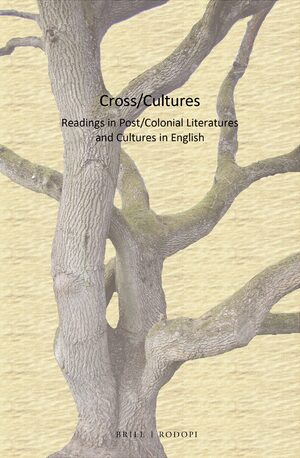