Editors: Lissa Roberts, Agustí Nieto-Galan, and Oliver Hochadel
The new series Cultural Dynamics of Science (CDS) at Brill aims to contribute to on-going efforts in the history of science to understand the relations between the production, communication, consumption and use of knowledge without having recourse to the traditional equation of popularization with notions such as 'diffusion' and 'simplification'. The same goes for the distinctions they imply between expert knowledge and practices, on one side, and lay communities and understanding on the other. Focused on the period from the Enlightenment to the present, CDS intends instead to consider the various ways in which tensions and exchanges among the different actors involved have historically fed the productive circulation of knowledge. Sensitivity to specific contexts, epistemologies, spaces and networks, in which material production merges with knowledge production, is therefore paramount.

CDS also aims to contribute to recent efforts in the history of science to move across fields traditionally studied by different scholarly disciplines, and to evolve into more inclusive, interdisciplinary cultural studies. It is further committed to a geographically expansive scope of coverage, focusing on the transnational and transcultural character of the scientific endeavour.

While the series aims foremost at the publication of well-written scholarly monographs, carefully integrated collections of essays will also be welcome.

Authors are cordially invited to submit proposals and/or full manuscripts by email to the publisher Stefan Einarson or to one of the series editors: Lissa Roberts (University of Twente, the Netherlands), Agustí Nieto-Galan (Universitat Autònoma de Barcelona, Spain) or Oliver Hochadel (Institució Milà i Fontanals, Spain).
For information on how to submit a book proposal, please consult the Brill Author Guide. 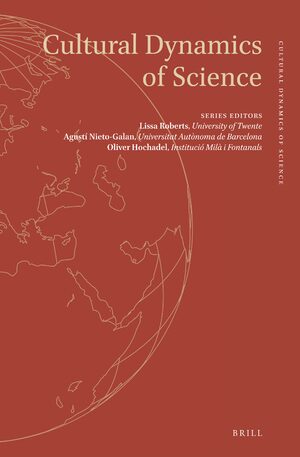