Editor-in-Chief: Gungwu Wang
Associate Editors: David Der-wei Wang, Evelyn Hu-DeHart, and Siu-lun Wong
From a tradition of sojourning, Chinese overseas have established communities around the world that have contributed to the development of China as well as of the countries they have made their homes. There has also grown a new consciousness of identity following the emergence of China as a modern state and the expansion of a global economy. This series aims to study the people and institutions that shaped these identities and how these entities interact with other people, institutions, and communities. It seeks to bring together scholarly work that examines the spectrum of historical experiences, the writings that capture the quality of migrant lives, and the manifold responses to changing social environments. 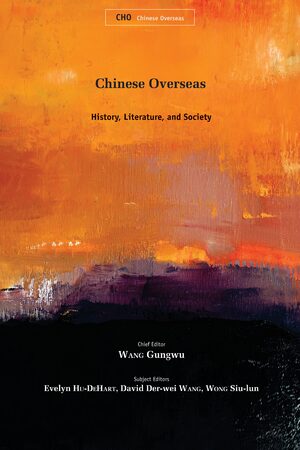 Evelyn Hu-DeHart, Professor of History and Ethnic Studies, Brown University, USA. Trained as a historian of Latin American and the Caribbean, her research has focused on Chinese and other Asian migrations and communities in the Americas. She has published books and articles in Spanish, English and Chinese.