The Taylor-Schechter Genizah Collection at Cambridge University Library is the largest single collection of medieval Hebrew and Arabic manuscripts in the world and by far the most important archive of medieval Mediterranean primary source material. As well as being an unparalleled resource for the study of Jewish religious literature, the Collection has also had a momentous impact on many other areas of research, including the history, language and literature of medieval Jews and Arabs within the wider historical and cultural context of the medieval Mediterranean and Near East. Cambridge Genizah Studies, a subseries of Études sur le judaïsme medieval, publishes the very latest research on this archive and other Genizah collections worldwide, covering historical, linguistic, literary, and religious studies. 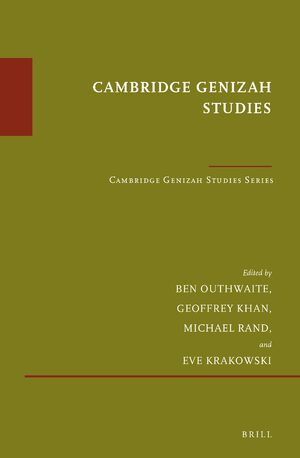