Editors: Ivan Callus and Stefan Herbrechter
"Posthumanism" may be understood as the paradigm that succeeds humanism, but also as the study of what might follow humanity's end. After prompting an initial sense of novelty and shock, posthumanism has become a discourse whose unsettling anticipations of the future and timely critiques of the present have firmly established themselves within the academy. Posthumanism’s concerns—typically relating to the impacts of bio- and digital technology on body, mind, culture, and epistemology—are now part of mainstream debate within the humanities and within interdisciplinary explorations of the integrity of the human.
Critical Posthumanisms is a series focusing on the exciting rise of posthumanism and its probable directions. It makes available studies by scholars whose perspectives on the posthuman vary in important and interesting ways, and should serve as a crucial point of reference for anybody working within the field.
Books within the series provide:
(a) analyses of the histories, idioms, and canons of different “posthumanisms”;
(b) discussion of the main thinkers and trends of posthumanism;
(c) alternative formulations of posthumanism, which downplay the centrality of technology;
(d) philosophical and political critiques of the "prosthesization" of the human;
(e) cross-disciplinary takes on posthumanism, particularly those allowing the humanities to engage with areas like Artificial Intelligence, Biotechnology, Virtual Reality, etc.

Authors are cordially invited to submit proposals and/or full manuscripts to the publisher at BRILL, Christa Stevens.

Manuscripts for this series should eventually follow MHRA style, and preferably use UK spelling. 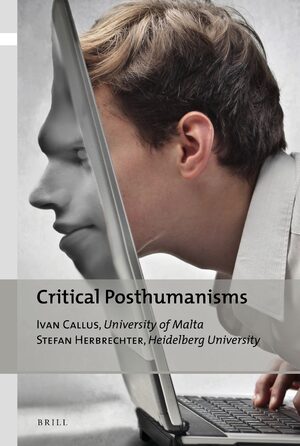