Chinese Research Perspectives on the Environment

Series Editors: David Sonnenfeld and Guobin Yang
Chinese Research Perspectives on the Environment (CREN) is the new generation of The Chinese Academy of Social Sciences Yearbooks: Environment. As with the CASS Yearbooks, the original versions of these volumes are published in China by Social Sciences Academic Press (SSAP) and are edited principally by leading researchers from CASS and other top research institutions and universities. CREN is one of the four subseries under the Chinese Research Perspectives (CRP) series, with each subseries focused on one of the four subject areas: education, the environment, population and labor, and society. The CRP volumes include English translations of contributions selected from the Chinese CASS Yearbooks. The selection of contributions for the English-language series and the translations of those volumes are supervised by international advisory boards. The CREN volumes provide English-speaking readers with firsthand information and insights into China’s top scholars’ discussions on urgent national and global environmental issues facing China. The volumes serve as a rare primary source in English for those interested in studying the development of civil society in China. 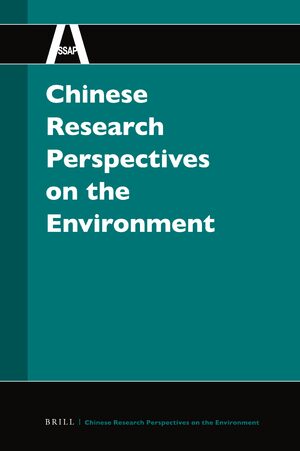