Compendia Rerum Iudaicarum ad Novum Testamentum designed in the 1960s as a structured set of handbooks on ‘matters Jewish’ illuminating the origins of Christianity, has evolved into a series of monographs and collective works on the history and literature of Jews and Christians under Roman rule. Combining expertise in Jewish, Christian, and Roman literature and history, the series aims at covering Qumranic, Graeco-Jewish, early Christian, and rabbinic sources. The classic ‘historical introduction’ published in the two volumes of The Jewish People in the First Century (1974-76) will be complemented by a number of volumes debating historiographical axioms and methods and presenting a selection of sources and a ‘joint history’ of Jews and Christians in the first and second centuries CE. Apart from the volumes planned by the editors, other publication proposals will be taken into consideration. With all these updates in methodology, the series proudly continues the pioneering work set in motion by its founders half a century ago. 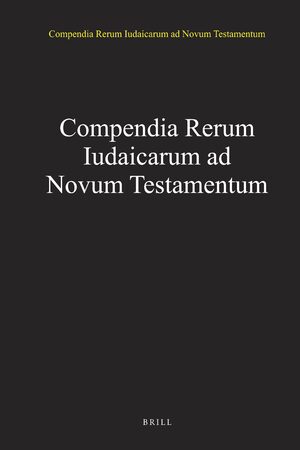