Dynamics in the History of Religions

Editors-in-Chief: Volkhard Krech and Licia Di Giacinto
The so-called world religions and other religious traditions are not, and have never been, homogenous, nor have they formed or evolve in isolation. Trying to overcome cultural stereotypes and their ideological misuse, the series "Dynamics in the History of Religions" focuses on the crucial role of mutual encounters in the origins, development, and internal differentiation of the major religious traditions. The primary thesis of the series consists in the assumption that interconnections of self-perception and perception by the other, of adaptation and demarcation are crucial factors for historical dynamics within the religious field.

The series includes exemplary and comparative studies on the formation of the major religious traditions via diachronic and synchronic cultural contact, on interactions essential to the process of institutionalization and spread of religions, on interreligious encounters under the condition of colonialism and globalization, and on the stimulus provided by such contacts to the development of basic religious notions.

Presenting studies on such contact-driven dynamics of the history of religions and of its reflection, both case studies and studies using a comparative perspective, the series creates systematic points of references which allow for the integration of diachronically and synchronically heterogenous material in a general history of religions. Theories and concepts are developed abductively in an interplay of hypothetical conceptualization and empirical studies, of object language and meta language. By bridging and reconciling scientific meta-discourse on religion with religious discourses and religious self-descriptions, both unempirical scientism and un-theoretical positivism can be avoided. 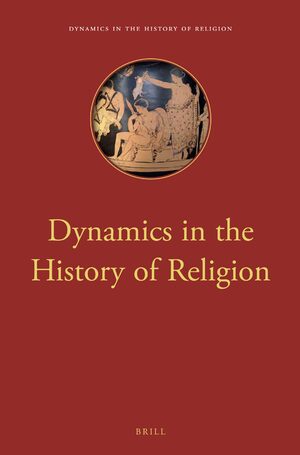