The Early Americas: History and Culture

Series Editors: Corinne Hofman and Maarten Jansen
A forum for new interdisciplinary studies on the pre-colonial and early colonial period history of indigenous cultures on the American continent.

The indigenous cultures of North, Middle and South America, including the Caribbean, have a diverse and fascinating history, reaching from the early pre-colonial past until the present. Modern multidisciplinary research investigates many social, political, economic and religious aspects, such as the population movements, the original development of agriculture, sedentary communities, chiefdoms and early states, the effects of mobility and exchange, the forms, functions and meanings of writing systems and visual art, the indigenous knowledge, technology and organisation as well as cosmovision, rituals, biology and medicine, but also the process of European colonization, which caused major destruction as well as complex intercultural dynamics and synergies. Given the importance of cultural continuity in the present, this series pays further attention to living traditions and oral literature, as well as to the present-day issues of cultural values and indigenous rights.

The Early Americas: History and Culture provides an international peer-reviewed forum for innovative contributions and synthetic standard works in the fields of archaeology, iconography and epigraphy, history, anthropology, museology, material culture and heritage studies. The editors welcome original monographs, edited volumes, source editions and translations, preferably written in English. Submissions in Spanish and French will be considered on a case-by-case basis.

Authors are cordially invited to submit proposals and/or full manuscripts by email to the series editors, Professor Corinne Hofman and Professor Maarten Jansen or to the publisher, Dr Kate Hammond. 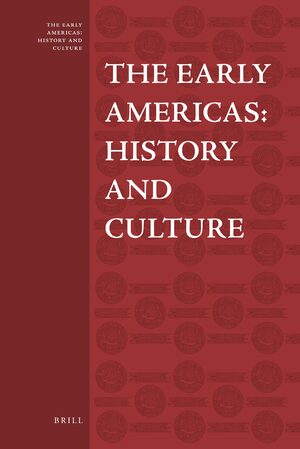